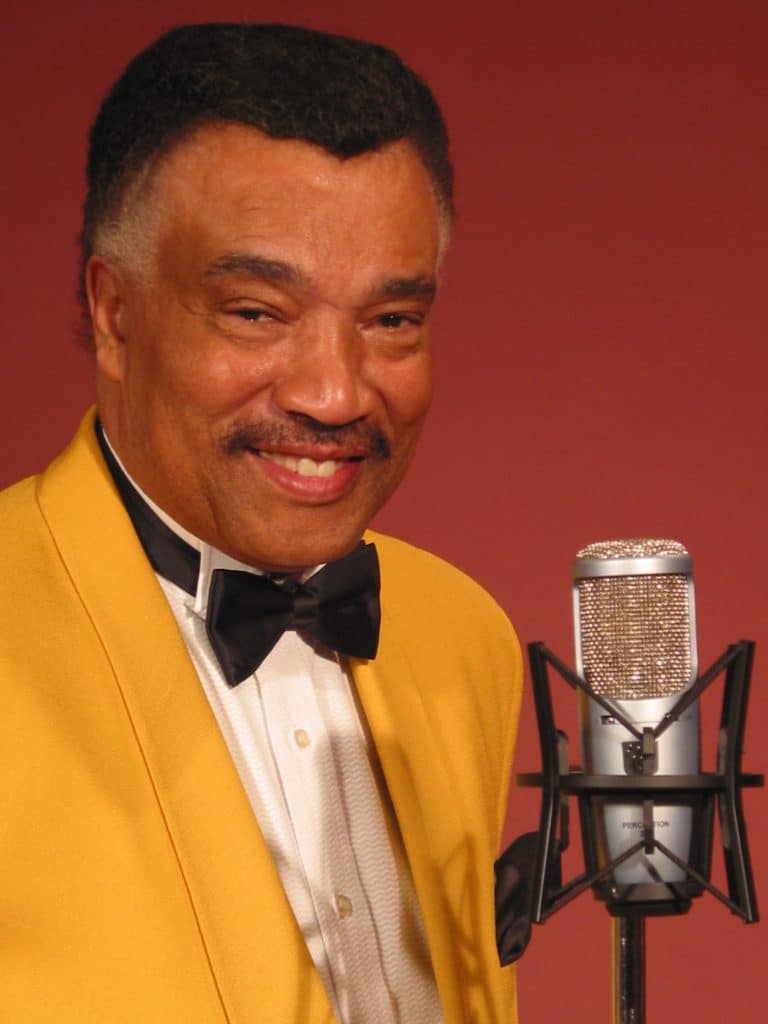 Moved to NY as a young teenager, first to Harlem and then to Queens where he attended Jamaica High School.  It was at HS that he joined with four friends to start a singing group called The Cleftones. Their first record was You Baby You in late 1955.  They had other hit records that became part of what was referred to as Rhythm and Blues and then Rock and Roll, and later as Doo Wop.

Herb was the original lead singer and wrote some of their hits, including Little Girl of Mine and Can’t We Be Sweethearts.

The group consisted of various members over the years with Herb remaining as the only original Cleftone. They have performed every consecutive year since 1955 and can proudly claim a career spanning more than 60 years.  The group’s last live performance was in April 2017 in Las Vegas.

Herb also had a corporate career with Manufacturers Hanover Bank in Manhattan, juggling the demands of a business career and continuing to perform on weekends and rehearse one evening a week.

Herb has three children from his first marriage (Daryl, Denita and Kerry), a son from his second marriage (Herb Jr.), and a grandson (Christopher).  He is also survived by two brothers (Allen and Kevin).  He is so very proud of all of them.

He shared many years of his journey with his partner and love of his life, Penny Clarke.