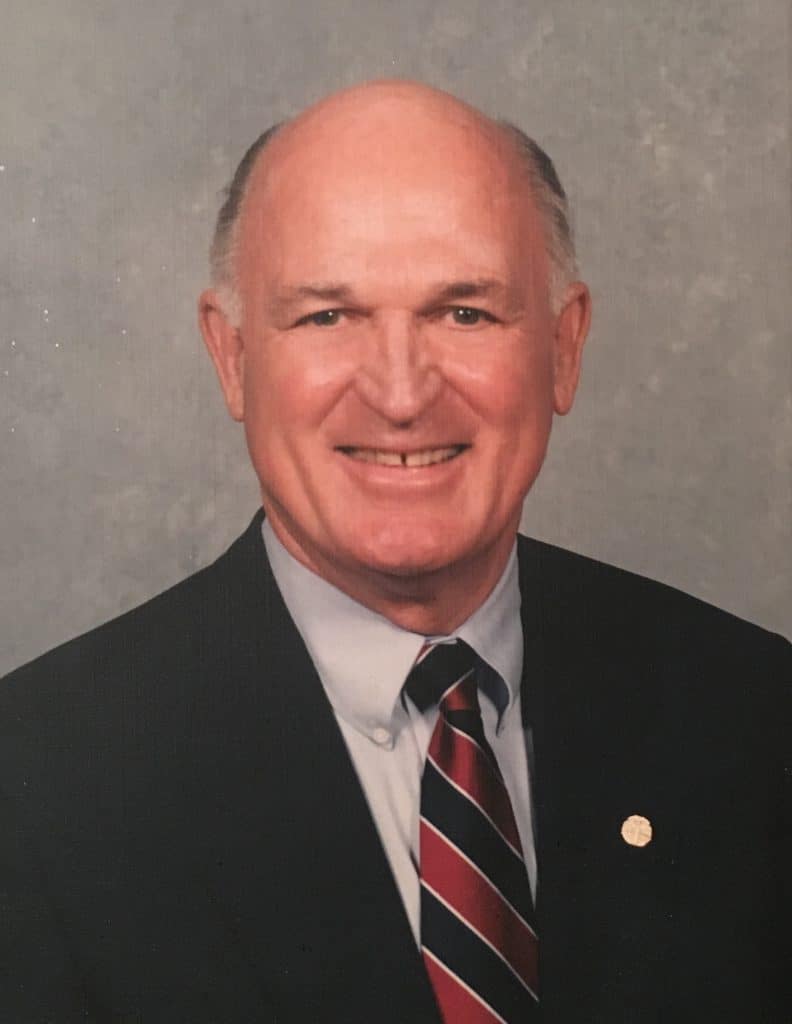 John was born on July 31, 1934, in Holden, WV, to Hubert and Carolyn (Hobson) Barber, the oldest of four boys. John served with the Army in Korea. He was a proud graduate from University of Virginia where he played football for the Cavaliers. John worked for the US government at various intelligence and investigative agencies for over 30 years, retiring from government service in 1987. He was Director of Security for Harbor Island in Tampa, FL, for 6 years, retiring again in 1995. John enjoyed racing sports cars with the Sports Car Club of America and the Vintage Drivers Club of America.

Memorial services to celebrate the life of Hubert H. (John) Barber, Jr. will be held at 11:00 A.M. on Saturday, December 2 at St. Elizabeth’s Episcopal Church 1188 Hamp Mill Rd, Dahlonega, GA 30533  (855)257-4228 with the Reverends Albert Daviou and John Hamilton officiating. In lieu of flowers, the family requests that memorial contributions be made to the Michael J. Fox Foundation for Parkinson’s Research or to Saint Elizabeth’s. Georgia Cremation 3570 Buford Highway, Suite 202, Duluth, GA 30096 (678)584-0914 is assisting the family. Messages of condolence may be shared at www.GeorgiaCremation.com.