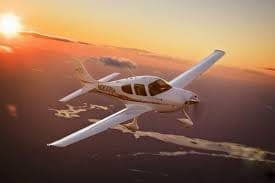 James Donald Cummins was born November 4, 1928 in Lima, Ohio to the late Ethel Wallace Cummins and Charles Cummins. Mr. Cummins was a curious young man and was fascinated with learning. This was obvious after seeing all of the accolades and accomplishments he experienced during his life. James had a passion for flying that started at a young age. He received his pilot’s license in his younger years and the passion spilled over to his late wife, who also received her pilot’s license. They flew together for many years until their health would not allow.

Mr. Cummins had received a Master’s Degree in Computer Science. He worked for many years as an Electrical Design Engineer in California until he and his wife moved to Georgia. When he was not working or flying, James was a published author and was a founding member of the Chattahoochee Writer’s Association, which just held their 12th Annual Conference at the Springer Opera House. James was a devoted member of St. Mark United Methodist Church and enjoyed serving the church in different capacities.

James Donald Cummins, 90, of Columbus, Georgia passed away November 17, 2018 at his home. He is preceded in death by his parents; wife, Aina Cummins; brother, Charles Cummins, Jr.; and sister, Anne Singer.

In lieu of flowers, donations are requested to Doctors without Borders or Columbus Hospice.

The Cummins Family is being assisted by Georgia Cremation, 7500 Veterans Parkway, Suite A, Columbus, Georgia 31909, 706-577-0055. The family invites you to leave a condolence or share a fond memory below.