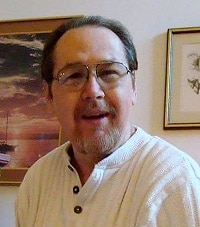 James Edward Fenley, Jr., known as “Spike” to most, was born March 3, 1949 in Thomaston, Georgia to the late Gheraltine “Teeny” Teal Fenley and James Edward Fenley, Sr. Mr. Fenley had a love of music from an early age and learned to play guitar from his father. After that, he always had a guitar with him, never knowing when his next creation would pop in his mind. In addition to the guitar, he also learned to play the Trumpet and Keyboard and was a member of many rock bands in his youth.

Mr. Fenley joined the United States Army where he earned a prestigious “Purple Heart” for his combat duty during the Vietnam War and reached the rank of Sergeant/Spec.5. Later in his adult life, he became a born again Christian and follower of Jesus Christ. He was a member at Upper Room Fellowship, which inspired him to write and perform Christian music. He was known to always have a joke, which brightened many faces he would meet. He had a love for motorcycles and riding the scenic countryside.

In lieu of flowers, the family requests for donations be made to Upper Room Fellowship, 116 W Thompson Street, Thomaston, GA 30286.

The Fenley family is being assisted by Georgia Cremation, 7500 Veterans Parkway, Ste. A, Columbus, Georgia 31909, 706-577-0055. Condolences may be offered by visiting www.georgiacremation.com.