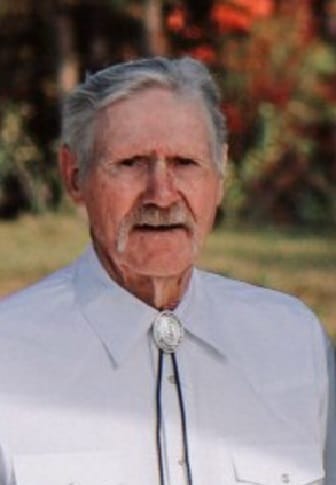 Frank Herring was born September 1, 1939 and passed away on October 24, 2019 at home in Cataula, GA surrounded by his family and friends.  He was 80 years old when he lost the battle with lung cancer.

Frank was born in Barbour County, AL to his parents James Velton and Janie Mae Herring.  He spent his next few years growing up in Baker Hill and Clayton, AL.  The family moved to Columbus, GA before he became a teenager.

Frank attended local schools and Hallie Turner Private School and afterwards joined the US Air Force where he was a loadmaster.  He served in the states and Okinawa, Japan.  After serving his country he began working in the local cotton mill for a short while and then as a mechanic for Hughes Motor Co.  For a few years he drove semi-trucks over the road and traveled to several states.  Then he found the glass trade in 1964 and worked as a glazier until he retired in 2001.  He worked for a local company and traveled to several states while working for out of town companies.

Frank loved his family very much and enjoyed camping, fishing, classic country music, Nascar races and his grandchildren.  His common sense, wisdom and fond memories will forever be remembered by his family and friends.  He loved his Teri and Chris.

A memorial service is scheduled for Sunday November 3rd, 2019 at 1:00 PM EST at the Columbus Hospice located at 7020 Moon Rd. Columbus, GA.  Dress is very casual as Frank would want.  He was a simple man and liked simple things.  Rodney West, nephew from CA, will officiate the service and his brother in law, Milton Bonner from W. VA, will sing and some of Frank’s favorite country songs will be played.

The family asks that in lieu of flowers please make donations to Columbus Hospice in Frank’s memory.

The Herring family is being assisted by Georgia Cremation, 7500 Veterans Parkway, Suite A, Columbus, Georgia 31909, 706-577-0055. The family invites you to leave a condolence or share a fond memory of Mr. James Franklin Herring below.