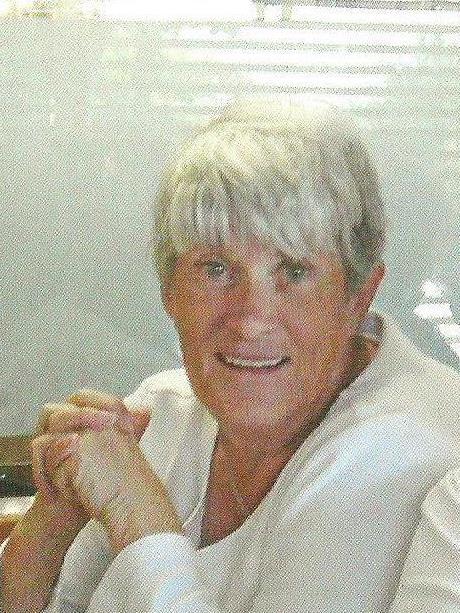 Janet Moore Pope, age 70, of Newnan, Georgia passed away on Thursday, November 21, 2013.  Memorial Services will be held at 2 PM Saturday, November 30, 2013 at Fayette Family Church- Fayetteville, Georgia with Rey Rivera officiating.  Janet Pope was born Sunday, September 30, 1943 in Ipswich, England.  Janet was preceded in death by her Mother and Father- Joan and Thomas Moore; and her Brother- Terry Moore, all of Ipswich, England.

Janet is survived by her Daughter- Kelly and her Husband- Don Elliott, their three Children- Jordan, Trey and Madison; Daughter- Jennifer Pope and her two Children- Matthew and Abigail; Brothers- David Moore and his Wife- Deborah, Roy Moore and his Wife- Shirley, and Patrick Moore, all originally of Ipswich, England; including 9 Nieces and Nephews.  Also her Dog-Leo, who was with her at the end.

Janet Moore Pope went home to be with her Lord and Savior on November 21, 2013 after a courageous year long battle with cancer.  She fought long and hard, never complaining and always with a smile that would light up the room.  Janet was a devoted and loyal mother, grandmother, sister and friend.  She was a loving and generous person who enriched the lives of everyone fortunate enough to cross her path.  She inspired countless lives with her altruistic nature.  We will miss our Momma, Nanney, Sister and Friend!