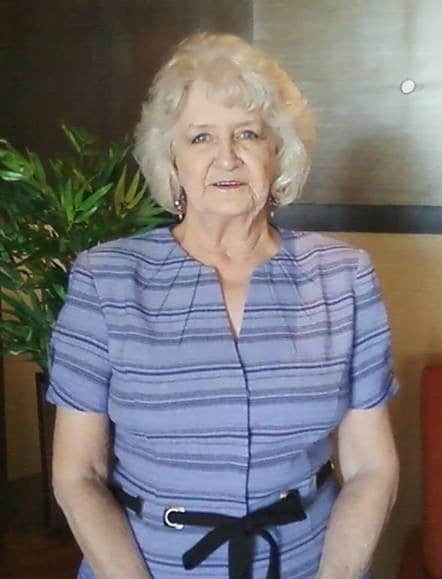 Ms. Riggs was born in Carrollton on February 18, 1947 to the late James and Mary Cambron. She grew up alongside 2 sisters and 3 brothers. As a child, Ms. Riggs and her sisters enjoyed singing in their own gospel group which even made an appearance on television. She graduated from Hapeville High School. She lived for many years in Douglasville. She was wed to Mr. Ronnie Riggs in 1974. She enjoyed many happy years with Ronnie who passed in 1995. Ms. Riggs spent the later years of her life in Fayetteville.

Ms. Riggs had a successful career of 37 years as an Air Export Lead Agent with Agility Logistics. She eventually retired in 2016. Ms. Riggs was an exceptional cook. She perfected her recipes for biscuits, cookies and sweet potato souffle.  She enjoyed cooking for her family and had an open door policy for all those who needed a place to rest and a home-cooked meal. Ms. Riggs was a child of God who kept her faith throughout her life and shared God’s love to everyone she met. She enjoyed reading her Bible and watching sermons on television. She was a little sassy, but filled with love. Known affectionately as “Memo” to her family, she will be remembered as the perfect mother and grandmother who had unconditional love to share with everyone around her and just loved to be surrounded by her family.  She truly lived a life that exemplified her Lord and savior Jesus Christ.

A memorial service will be held in Ms. Riggs’ honor at 11 AM on Saturday, September 21, 2019 at Crossroads Church, 2564 GA 154, Newnan, GA. Messages of condolence may be left at www.GeorgiaCremation.com. The Riggs family is being assisted by Georgia Cremation, 1086 Hwy 54 West, Fayetteville.