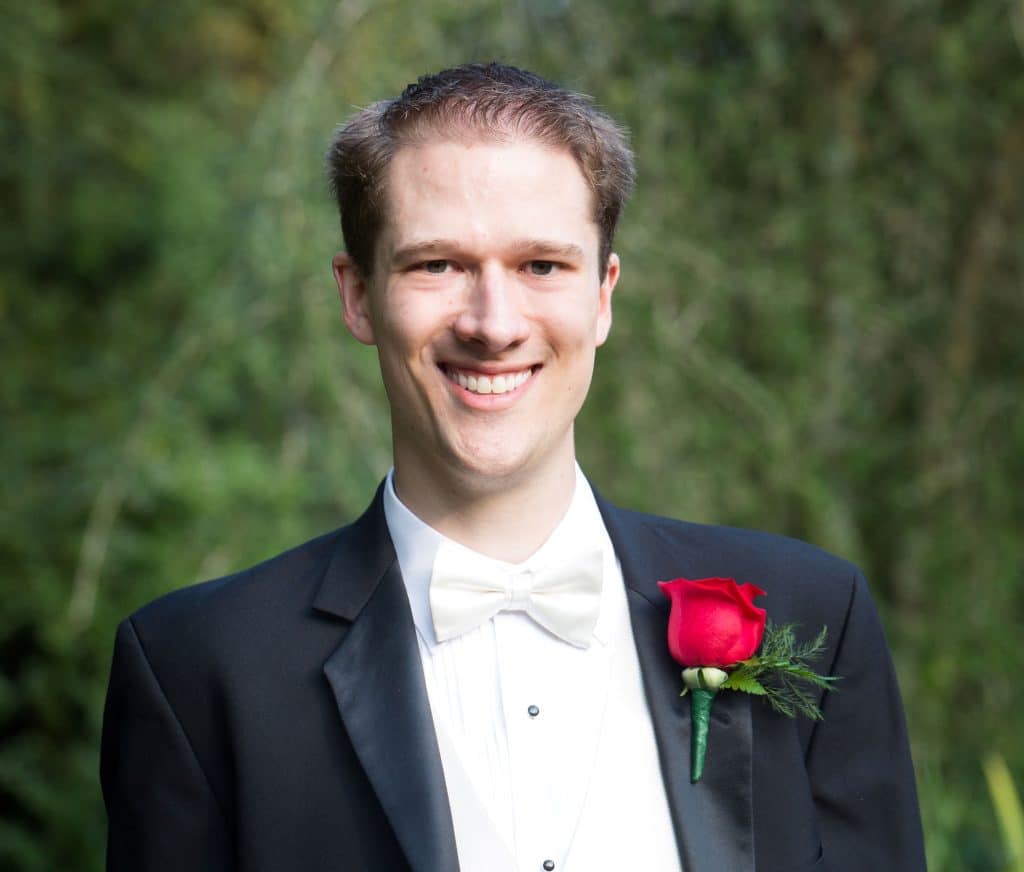 Jason Brent Haag, loving husband and father, son and brother, of Greenville, South Carolina, passed away in Atlanta, Georgia, on Saturday, March 26, 2022, with his family by his side. He was 37 years old.

Jason was born on April 27, 1984 in Ann Arbor, Michigan, the son of Roger and Sheryl (Meyer) Haag. Jason graduated from Saline High School in 2002, where he developed many of the close friendships that he maintained throughout his life. Jason played alto saxophone as a four-year member of the marching band, and participated in memorable school trips, including his travels to Oregon to explore and study the Columbia River and Mt. Hood, and to Washington, D.C. with his government class. He went on to graduate, with high honors, from Michigan State University in 2006, earning a bachelor’s degree in finance.

Jason met his future wife, Hai Pho, on his first day of work at Robert Bosch Corporation in Farmington Hills, Michigan. They attended orientation together, but did not start dating until several years later in March, 2009. As their relationship continued to develop, Jason would remind Hai that they started dating at the bottom of the stock market, and that their love had similarly “only grown over time.” Jason and Hai were married on September 15, 2013, in Lawrenceville, Georgia. Most recently in his career, Jason worked as a Senior Financial Analyst for Bosch in Anderson, South Carolina.

Jason displayed a distinctive enthusiasm for life. When he found a hobby, he was all in – from traveling to photography to baking bread to smoking meats. His love of travel began with annual family vacations, and grew through his college study abroad experience in Austria, rotational program with Bosch Corporation, and numerous adventures with his wife, sons, and friends.

Jason was a devoted family man. He always valued a healthy work-life balance in order to focus on his true inspiration: his wife and sons. Jason would often reflect on how he was profoundly changed by the birth of his sons, and he cherished each small milestone as they grew older. He was a truly kind soul, and he could not help but show that he cared deeply about his friends and family.

Jason never lost his “kid lens” and was in awe of the world and universe around him. His exuberant personality was contagious in conversation through his expressive face and waving arms. Throughout his battle with leukemia and then difficult bone marrow transplant journey, the medical staff would often comment on how polite and nice Jason always was, despite the hardships they knew he was enduring.

He is survived by his wife, Hai Pho; two sons, Ethan (5) and Aiden (2.5); parents, Roger and Sheryl; his brother, Cameron (Kristen); and nephew, Benjamin.

The family would like to extend a special thanks to the medical team at the Emory Winship Cancer Institute for their care and compassion.

Jason will be so very missed by those who knew and loved him.

A private memorial service will be held at the family’s request. In lieu of sending flowers, please consider donating to Ethan and Aiden’s future educational goals via Hai’s Venmo account (@Hai-Pho) or through GoFundMe (https://gofund.me/7b4fa520).