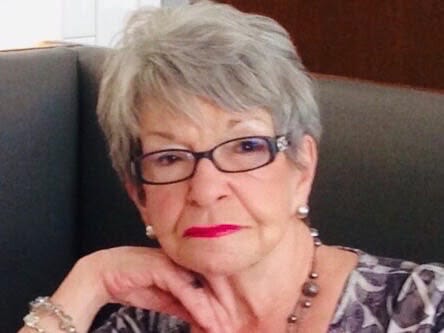 Dorothy Jean Lee passed away on April 14, 2020 in Peachtree City, Ga. She graduated from College Park High School in 1954.  She was one of the very early Southern Airways employees, working in Engineering since the 1950’s.  She retired in 1976 after her marriage to Marion Lee, a lifelong Alabama fan, and Alabama baseball team veteran. Jean’s daughter (Nona) immediately accepted a position in the next flight attendant class in 1976, and later married Gary Wilshire who flew as a Captain for Southern, Republic, and retiring as a B-747-400 Captain for Northwest Airlines, Inc. after 30 years. Jean was a Georgia native, born in Fayetteville, lived many years in Marietta, and most recently in Peachtree City, GA.

It is believed that Jean had a heart attack in her apartment, and apparently passed away with little discomfort.  Jean is survived by two grandsons, Stephen and Michael Wilshire;  Stephen’s  wife Megan, their son, the only great grandson, Nathan.  Jean enjoyed telling friends about her grandson’s lives and how proud she was of the men they had become. Jean’s daughter, Nona Wilshire and her husband Gary Wilshire live near Jean’s home in Newnan, Ga. Jean and Nona enjoyed a very close relationship throughout her lifetime.  Jean had two sisters, Patsy Miller and Karen Sprayberry as well as a brother, Kenneth Stinchcomb. She will be missed by all of her family.  Her optimistic attitude, generosity, and supportive nature has been such an encouragement and inspiration to all of her family.