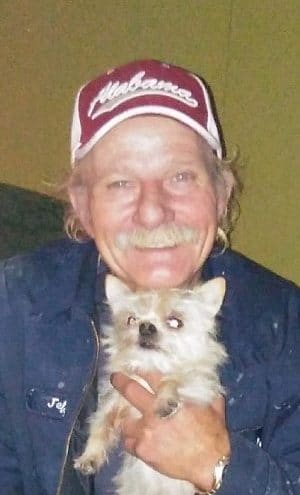 Jeffery Paul Shiver was born May 23rd, 1966 in Columbus, Georgia to the late Ouida Peters and L.C. Shivers. From a young age, Jeff was always fascinated with cars, motorcycles, dirt bikes or anything that was loud and could lay rubber. He grew up riding dirt bikes and motorcycles and looking up to daredevils such as Evel Knievel. which led to his passion for tinkering and fixing up old engines or cars. He had a passion for stock car racing and was a devoted fan of NASCAR until the death of Dale Earnhardt, Sr. He was not the biggest sports fan, but he could be seen wearing his Alabama Crimson Tide shirt from time to time.

Jeff was a Christian by faith and had grown up in the Assembly of God church. He and his wife, Pat, would visit The Fort Church in Columbus and enjoyed the time of fellowship there. His biggest passion was his family and helping others. He had a big heart and would help those in need anyway he could. He adored his grandchildren and loved spending time with them tinkering in the shop. He was working on fixing up a 1996 Dodge Truck for the last six years until his health would not allow. He enjoyed watching the grandkids play sports and support their extracurricular activities. Jeff had a soft heart for animals and adored his furry companions, Hercules and Coop.

Jeffery Paul Shiver, 52, of Smiths Station, Alabama passed away on Sunday, August 26, 2018 at Columbus Hospice after a long health battle. He is preceded in death by his parents and sisters, Donna Height and Sharon Hall.

In lieu of flowers, memorial contributions can be made to Columbus Hospice, 7020 Moon Road, Columbus, Georgia 31909 in appreciation for the care and support shown during this difficult time.

The family is being assisted by Georgia Cremation, 7500 Veterans Parkway, Suite A, Columbus, Georgia 31909, 706-577-0055,. The family invites you to leave a condolence or share a fond memory of Mr. Shiver below.