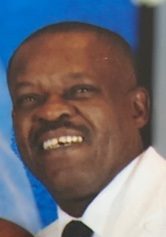 Jessie McIntyre, Sr. was born April 15, 1948 in Ashford, Alabama. He graduated from Ashford Highschool and joined the Job Corps where he received a certificate in welding. He worked as a sheet-metal mechanic for Holbrook Service Company until he retired after more than 20 years.

Jessie married Margaret Ethridge on September 20, 1974 and was they were happily married for 46 years. The were blessed with seven children.

After he gave his life to Christ, he became a member of the New Bethel Seventh-day Advent Church where he faithfully served as a deacon. He loved basketball and led the New Bethel Lions to a championship in 2005/06.

Those who look forward to the coming of Christ, when the dead of Christ shall rise first, and those that remain and are caught to meet Christ in the air include his wife; Margaret McIntyre, three daughters; Angela Little (Darryl) of Knoxville, TN, Chiranda McIntyre of Columbus, GA, and Juanita McIntyre-Yussuff (Nureni) of Atlanta, GA, three sons; Vincent Ethridge (Lisa) of Columbus, GA, Shon Ethridge (Gloria) of Knoxville, TN, and Marcus McIntyre (Mishiki) of Lexington, KY, five brothers; Linton McIntyre of Dothan, AL, Walter Lee (Queen Ester) of Houston, TX, Tommie McIntyre, Charles McIntyre, and Gene McIntyre, all of Los Angeles, CA; three sisters; Deloris Rabb (Jerry) of Dothan, AL, Cassandra Skipper (J.C) of Dothan, AL, and Diane McIntyre of Los Angeles, CA, 23 grandchildren, 44 great-grandchildren, and a host of nieces and nephews.

A memorial service will be held for Mr. McIntyre on April 15, 2021 at New Bethel Seventh-day Adventist Church at 12:26pm.

The family of Jessie McIntyre, Sr. would like to thank everyone for the kind acts of love during this difficult time. “We thank you for your calls, texts, monetary gifts, prayers, transportation, meals, words of encouragement, and emotional support”.

The family would like to also give special recognition to the following: