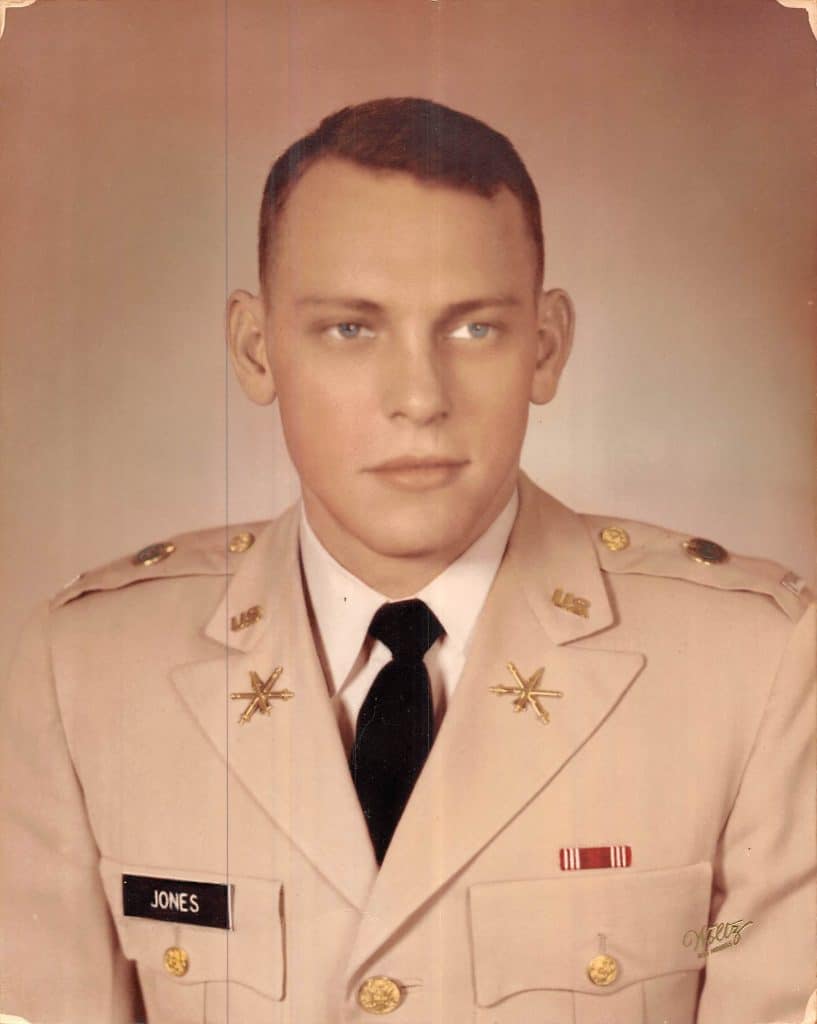 Mr. Jones was born in Atlanta on November 11, 1937 to the late Rev. James Omer Jones Pastor Emeritus of Virginia Avenue Baptist Church and Tommie Jones. Mr. Jones attended Mercer University prior to serving in the United States Army as a Second Lieutenant for 4 years, 8 months and 25 days. During this time, Mr. Jones spent over a year in Korea. After his military service, Mr. Jones returned to the Atlanta area where he spent more than 10 years working in real estate. It was after his retirement that he opened a pizza restaurant in Sharpsburg where he and wife Carol owned and managed for seven years. Mr. Jones was a serious, no-nonsense man who enjoyed socializing with friends and fishing.

Along with his parents, Mr. Jones was preceded in death by his sister, Anne Fowler, and brother Edward L. Jones. He is survived by his loving wife: Carol Jones of Sharpsburg; step-son: J.J. Reid of Sharpsburg; grandson: Austin Reid; other children: Jamie Lynn Keener and Jay Jones; lastly his devoted canine companion: Bingo.

The Jones family is being assisted by Georgia Cremation, 1086 Highway 54 West, Fayetteville. Messages of condolence may be left at www.GeorgiaCremation.com.