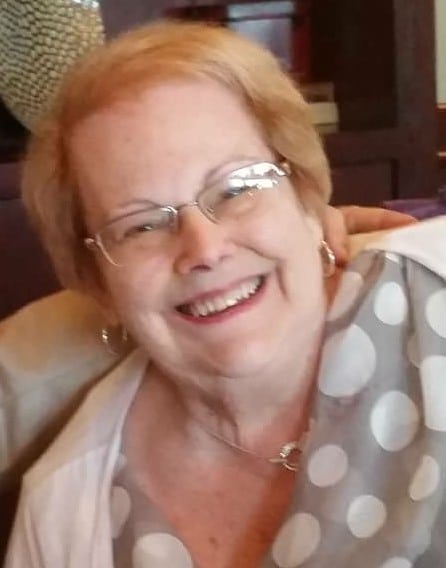 Joan was born on February 21, 1940 in Washington, D.C. to the late Robert and Edith Willhide. She grew up, the eldest of three children, in Maryland where she graduated from Sacred Heart High School. Joan went on to study English and earn a Bachelor’s Degree from Dunbarton College of the Holy Cross in Washington, D.C. Joan became the Assistant to the Chairman of the Federal Aviation Administration. She was wed to John D. (Dan) Price in October of 1962. The couple became the parents of two children. Joan spent 15 years raising her children as their devoted and loving mother. She reentered the workforce as the Head of Operations for Misco Inc., a computer supply company. She eventually retired as Chief Operating Officer of New Homes Data Book. The Price family spent time living and working in Maryland, New Jersey and Georgia. Joan and Dan retired to Sun City Hilton Head in Bluffton, SC. To be closer to family, the couple returned to Peachtree City, Georgia, where Joan spent the remainder of her life.

Joan was loving and caring. She was outgoing and social. She was an excellent organizer and kept busy with various clubs and friend groups. Joan served on the board of the Catholic organization, Ladies Ancient Order of Hibernians and in 2015 was awarded Lady Hibernian of the Year. She was an active parishioner and volunteer at Saint Gregory the Great Catholic Church, Bluffton, SC and Holy Trinity Catholic Church, Peachtree City, GA. Joan was a two-time breast cancer survivor and participant in breast cancer support groups. She was an avid bridge player and teacher. Joan also enjoyed playing Mahjong, Canasta, as well as other card games. Joan loved reading and was a member of a book club.  Memories of Joan’s compassionate and supportive nature will be cherished by her family and many friends.

Along with her parents, Joan was preceded in death by her brother, Robert Willhide. She is survived by her husband of 58 years: John D. (Dan) Price of Peachtree City; children: Sean (Kathy) Price of Neptune, NJ and Colleen (Michael) Kavney of Fayetteville, GA; grandchildren: Jack, Caroline, Erin, Michael and Katie; sister: Barbara (Richard) Smith of Bluffton, SC; sister-in-law: Marcia Willhide of Dunkirk, MD.

The Price family would like to express their extreme gratitude to the staff of Piedmont Fayette Hospital for their outstanding care during extraordinary circumstances.

Memorial services will be held in Bluffton, SC and Peachtree City, GA at a later date. Memorial Contributions may be made in Joan’s honor to Susan G. Komen,  ww5.komen.org.  The Price family is being assisted by Georgia Cremation, 1086 Hwy 54 West, Fayetteville, GA. Messages of condolence may be left at www.GeorgiaCremation.com.