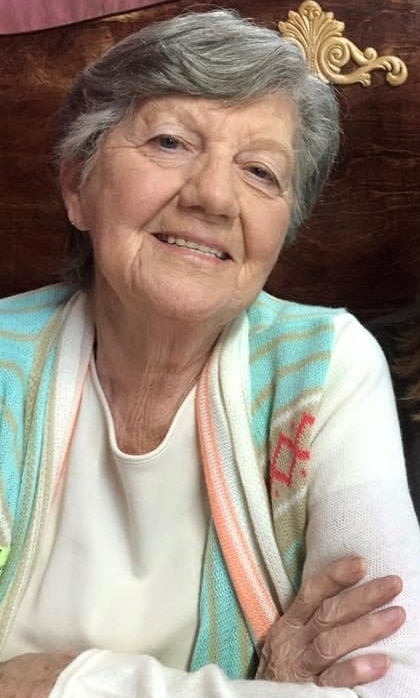 She was born  on March 18, 1934 in Dayton, Ohio and the only child to parents, Vivian and Dillard Wilson.

Joan later moved to Kentucky where she raised her two small children, Donald and Susan. In the early 60’s, she moved to Florida with her children, where she eventually met the love of her life, William, also known as “Pop”. While living in Florida, they were blessed with two grandsons, Donald and Jeremy DeMars.  Soon afterwards, Joan and Pop moved to Georgia and on April 20, 1985 were married in their home in Lilburn.  Two years later, they were blessed again with their first granddaughter, Courtney Franklin.

Joan, also known as “Mimi”, worked for AT&T and retired after 30 years of service with them. She and Pop sold their home in Lilburn and traveled the U.S. in their RV for two years only to reside back in Georgia to welcome their first great-grandson, Luke Franklin, and later their other to great-grandsons, Brantley Franklin and Jackson DeMars.

Mimi, as she was known by everyone, and living close to her great grandchildren, always made it to Luke’s sporting events, whether it was a crowded basketball court or a wet Fall Georgia day out at the football field; and she loved going to see Brantley learn his new Karate moves. She loved being involved in her great grandson’s lives.  Mimi, also became a very active member at the Barrow County Senior Center where she made many friends.

Joan is preceded in death by the love of her life, her husband, William Edward Church; and her son, Donald Ray Hager.