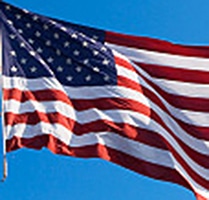 John Wallace Miears, son of Carroll Miears and Edna Starr Miears, passed on May 9, 2018. He was born in Lockhart, Texas on September 5, 1936. He spent his childhood in Texas and California. As a teen, he worked the oil fields in the summer and in the fall studied hard and was an excellent football player. So excellent, that upon graduation from Lockhart High School, he earned a full scholarship to Southern Methodist University in Dallas, Texas. Later he transferred to North Texas State and graduated with a degree in accounting. He joined the reserves and was called to active duty during the Cuban Crisis.

Mr. Miears spent his life’ work in sales and management in the medical diagnostics field. As Director of Marketing and Sales of the American division of Tosoh, he successfully launched the cutting edge instrument for the diagnosis of certain cancers before retiring at 68.

Mr. Miears was an avid Dallas Cowboy fan and collector of Italian motorcycles. He often took trips on his bikes, but most notable was his cross country ride from San Francisco to Atlanta after his retirement. As an avid gardener, there was always something beautiful blooming and his lawn looked like a putting green. His joy of cooking produced magic on the grill or his Big Green Egg.