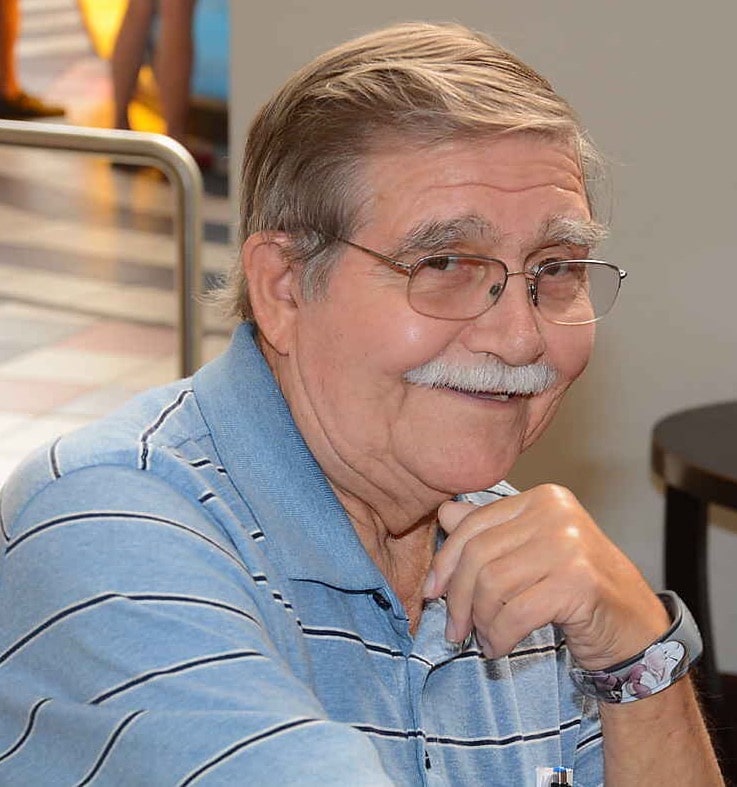 Mr. Clayton was born in Escanaba, MI on October 23, 1937 to the late Robert and Alma Clayton. He grew up in Escanaba alongside his 2 brothers and 2 sisters. He left his hometown in 1954 when he joined the United States Army. He was a diesel mechanic in the Army until his honorable discharge in 1957. He married his sweetheart, Judith, in 1960 and the two settled down in Gary, IN where Mr. Clayton began his 40 year career with the technology company, NCR. His job eventually took the couple to Dayton, OH where he was a part-time police officer in nearby Beavercreek, OH. His dedicated service to the force earned him the award of Outstanding Policeman of the Year in 1978. He was also a member of the charitable organization, the Beavercreek Jaycees, where he was awarded Outstanding Jaycee of the Year in 1978. NCR then again moved the Claytons to Peachtree City, GA, where the couple raised their two children. After Mr. Clayton’s retirement from NCR, he worked as a batch mixer and truck driver for a concrete company. The tireless, Mr. Clayton then began yet another career, driving a school bus in Coweta County, GA for 14 years. He loved his job and the children on his bus route. Mr. Clayton eventually officially retired from his many years of hard work in multiple fields in June of 2016.

Throughout his life, Mr. Clayton was a community-oriented person who volunteered countless hours of hard work to charity organizations,  his home church, and coaching softball. He was an active member of Christ Our Shepherd Lutheran Church from his move to Peachtree City in 1979 until his passing. He was a faithful member and an integral part of church functions. He was always helping when needed at Christ Our Shepherd. He worked the soundboard during service and even drove the bus for church youth trips.  Mr. Clayton could also be found on the softball field coaching his wife and a women’s softball league.  Eventually giving way to coaching his daughter and other girls in the local recreation department.

Mr. Clayton was a humble man. He was giving but took no recognition. He was often seen laughing and joking with others. He was a dedicated father and grandfather. He enjoyed watching his grandchildren play sports and other activities. He will be remembered for his big heart and the love he has shown family, friends and church members all of his life.

Mr. Clayton was preceded in death by his wife of almost 50 years: Judith Clayton. He is survived by his children: Lorrie Sheffer and her husband Craig of Newnan, and Robert Clayton of Griffin; grandchildren: Benjamin “Travis” Clayton Wood and his husband Eugene of Thomaston, Nicole Leigh Sealey and her husband Dalton of Griffin, Natalie Ellen Sheffer and Andrew Ryan Sheffer; siblings and their spouses: Ann Miller, Rose and Gerri Olsen, Lewis and Cheryl Clayton, all of Escanaba, MI, and Rader and Samantha Clayton of Boise, ID; sister-in-law: Karen Dillabough and her husband Joe of Escanaba, MI; former daughter-in-law: Teresa Clayton of Griffin.

A memorial service will be held in Mr. Clayton’s honor at Christ Our Shepherd Lutheran Church in Peachtree City on Saturday, May 12 at 4PM. The Clayton family is being assisted by Georgia Cremation, 1086 Highway 54 West, Fayetteville.