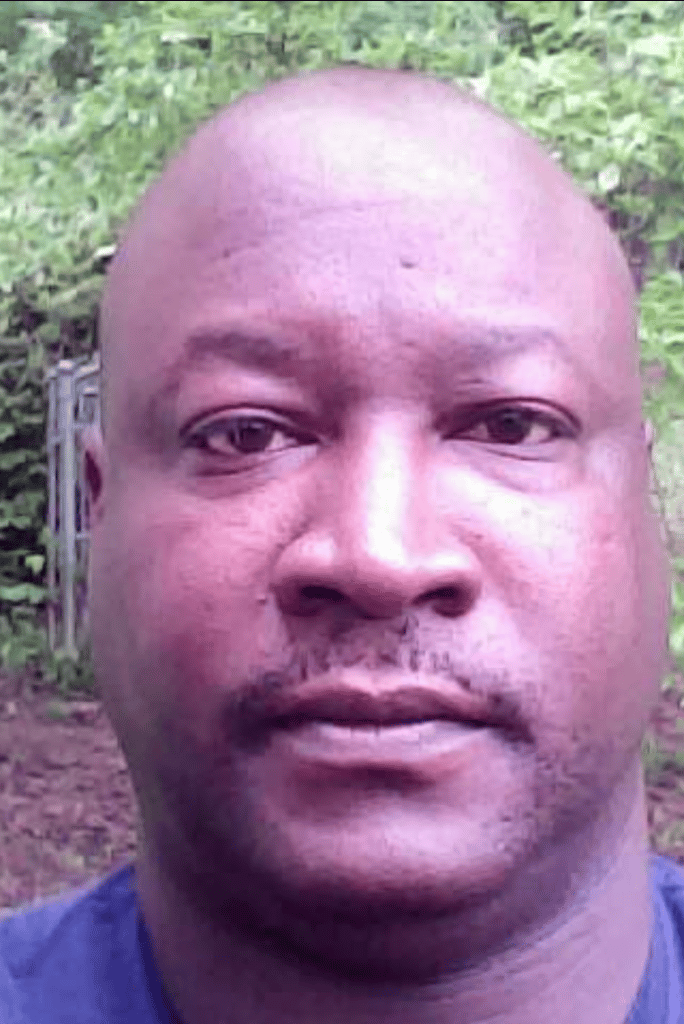 Mr. Holloway was born in Griffin, Ga on November 18th, 1965 to the late Herman Lee (Moon) Mullins and Lenetta Holloway-Dorsey. In his early years, John attended Walter F. George High School where soon after, he met his future fiance and life partner Dianne in 1989 while working at Dixie Numerics. Later he worked in construction for 27 years and on October 28th, 1994, John began working for Atlanta Boring and Tunneling until April 19th, 2003.

John was a loving Christian who cherished life by spending time with family and friends, often sharing his love with those around him through his sense of humor and kind heart. His love for people was something grand to remember, he would talk to everybody, and he never met a stranger, greeted everyone with sweet familiarity. He also loved football and baseball, especially “Those sorry Atlanta Braves.” John was a reliable friend, he always kept his word, and if he said he would do something he would be sure to do just that. He was always willing to lend a helping hand to those in need; his love and kindness will be missed.

Mr. Holloway is preceded in death by his parents, and his step-father Otis Dorsey. He is survived by his fiance Dianne Kellogg, son, Jontá L. Holloway, and granddaughter Lee’Asia N. Holloway, of Forest Park, his sisters; Charolette Canion, of Griffin, Leslie Dorsey, of Atlanta, Tarsha Mullins-Evans, of Hampton, and Leah Mullins, of Duluth.

Funeral services for Mr. Holloway will be held at 12:00 p.m. on Monday December 12, 2022 at Rex Road Church of Christ. Visitation will be held in the chapel of the church from 10 a.m. – 12 p.m.  Directly following the service, Mr. Holloway’s loved one’s would like to invite everyone to share fond memories of him over refreshments in the fellowship hall of Rex Road Church of Christ.