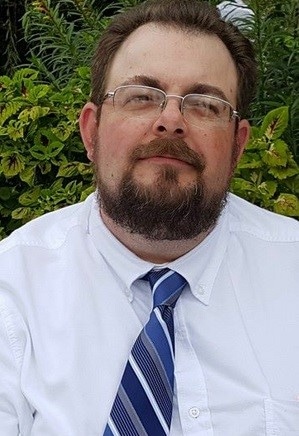 Joseph Charles Symonds was born September 14, 1971 in Norwich, New York to Ruth Alger Davis and Martin Symonds. Many knew him by “Joe” or “Big Papa,” but all knew him for his affectionate personality. Joe seemed to never meet a stranger and enjoyed spending time with others. Joe had previously driven trucks for a living and would often bring home stories of the places and views he saw during his long haul journeys. He later changed careers from long haul trucking to local trucking once his health began fading. He was a devoted Florida Gators Football fan and enjoyed watching them play on any crisp fall day. In his spare time, Joe enjoyed fishing and music. He traveled with “Stroking Dixie,” helping them set the stage, promoting their music, and sitting back watching the show. His greatest joys were his daughters and granddaughter whom he loved dearly.

On Thursday, May 10, 2018, Joseph Charles Symonds, 46, of Smiths Station, Alabama passed away at his home after a long health battle. He is preceded in death by his grandparents and step-father, Dale Davis.

In lieu of flowers (should friends’ desire), contributions may be made to the family to help offset the cost of funeral expenses.

The Symonds Family is being assisted by Georgia Cremation, 7500 Veterans Parkway, Suite A, Columbus, Georgia 31909, 706-577-0055, www.georgiacremation.com. The Family invites you to leave a condolence or share a fond memory below.