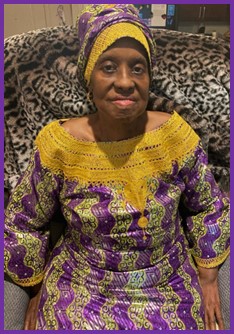 Joyce Ann Farrington, 72, of Fayetteville, passed away on July 11, 2022, at home surrounded by family. Ms. Farrington was born December 13, 1949, in Orange County, NC to Willie and Maggie (Cotton) Farrington. She grew up in Harlem. NY alongside her four sisters and five brothers.

Joyce attended William Howard Taft High School in NYC and graduated in 1967. Ms. Farrington met her sweetheart, Raymond Roman, where the two worked at Beth Israel Hospital. They were wed and went on to have three beautiful children. The couple were married for 20 years.

She enjoyed working on puzzles, doing Zumba, and taking walks in her spare time. She adored her special fur babies Gizzy and Ali. Joyce truly cared about those around her, as she spent her years doing for others, as well as being a good listener and advisor to those who were close to her. Joyce and her daughter, Iona, were shopping partners and Joyce was Iona’s biggest fan!

Joyce was a loving mother and friend. She was always true to her heart, extremely strong and very passionate throughout life. She was a best friend to many people and her children and grandchildren knew that they could always count on her to have their backs.