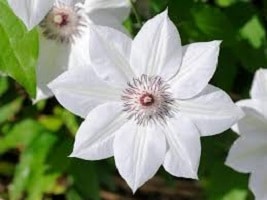 Joyce Hardrick Williams was born November 27, 1966 in Columbus, Georgia. She was the daughter of Henry Hardrick and Mayrella Ware Howard.  Joyce grew up in Columbus and later worked at the Post Exchange on Fort Benning as a sales associate. She valued family and loved music, all animals and being around children. She was a member of the Southside Baptist Church in Oakland Park area of Columbus. Joyce was preceded in death by her parents, Henry Hardrick and Mayrella Ware Howard and brother, Joseph Thomas.

Joyce passed away surrounded by family at Kindred Hospice on Tuesday, September 5, 2018.

Memorial services for Mrs. Williams are being planned please check back for the time and dates.

The Williams Family is being assisted by Georgia Cremation, 7500 Veterans Parkway, Suite A, Columbus, Georgia 31909, 706-577-0055. The family invites you to leave a condolence or share a fond memory of Mrs. Williams below.