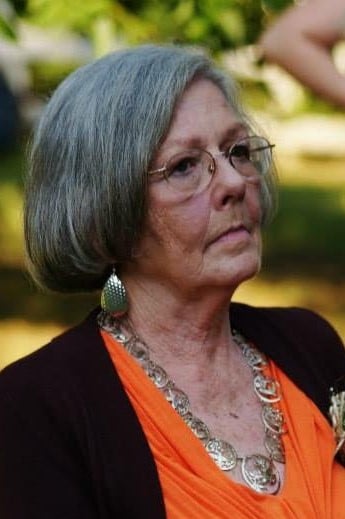 Mrs. Judith Dianne (Worley) Taylor was born August 27, 1941 in Asheville, North Carolina the daughter of the late Frank and Geana Worley. Judy is best known for her great love of her husband of 56 years, David, and her children Stephanie, David Jr and Leslie. Her most proud role was that of Ga-Ga to her 5 grandchildren and 3 great granddaughters. Throughout her life, Judy was known for her giving nature. She donated countless hours in service to others through organizations like Meals on Wheels and Girl Scouts of America, as well as numerous children’s Sunday School classes, her church Hospitality and Sessions Committees and as a devoted team mother be it dance, football or ice skating.  She also worked as a bookkeeper for many years. Because she preferred to stay in the background, few know of her great artistic abilities, particularly in needlework, cooking and decorating. A popular needlework company hired Judy to complete needlepoint pieces to photograph for their catalogs and she was envied for her even stitching as well as her beautiful handwriting. If you ever had the joy of tasting her Mississippi Mud Cake, you will probably best remember that. Mrs. Taylor of Asheville, North Carolina passed away Wednesday, April 5, 2017 at the age of 75.

A Memorial Service will be held 2:00 pm on Saturday, April 22, 2017, at Kenilworth Presbyterian Church in Asheville, North Carolina with a reception following. Scattering of Ashes will be held on the same day in a private family ceremony.

In lieu of flowers, donations may be made to a charity of your choice or to Kenilworth Presbyterian Church of Asheville, North Carolina.

The Taylor family is being assisted by Georgia Cremation, 7500 Veterans Parkway, Suite A, Columbus, Georgia 31909. Condolences may be offered at www.georgiacremation.com.