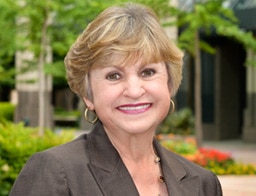 Judith Swanton Symmers Sherer of Peachtree Corners, GA passed away on Saturday, September 7, 2019. A native of Atlanta, Georgia,  Judith was born on June 6, 1945. She graduated from Decatur High School in 1963 and went on to attend the Women’s College of Georgia. Judith worked for 52 years as an Executive Assistant for various companies, the last of which was Wells Real Estate Funds, before retiring in November of 2015.

Judith is preceded in death by her father, Eugene Paine Symmers in 1972; mother, Emily Gower Symmers Maynard in 2002; and son, Michael David Sherer in 1990.

A Celebration of Life will be held on Thursday, September 12 at Mount Pisgah Methodist Church , 2850 Old Alabama Road, Johns Creek  immediately the following service at 11 AM.