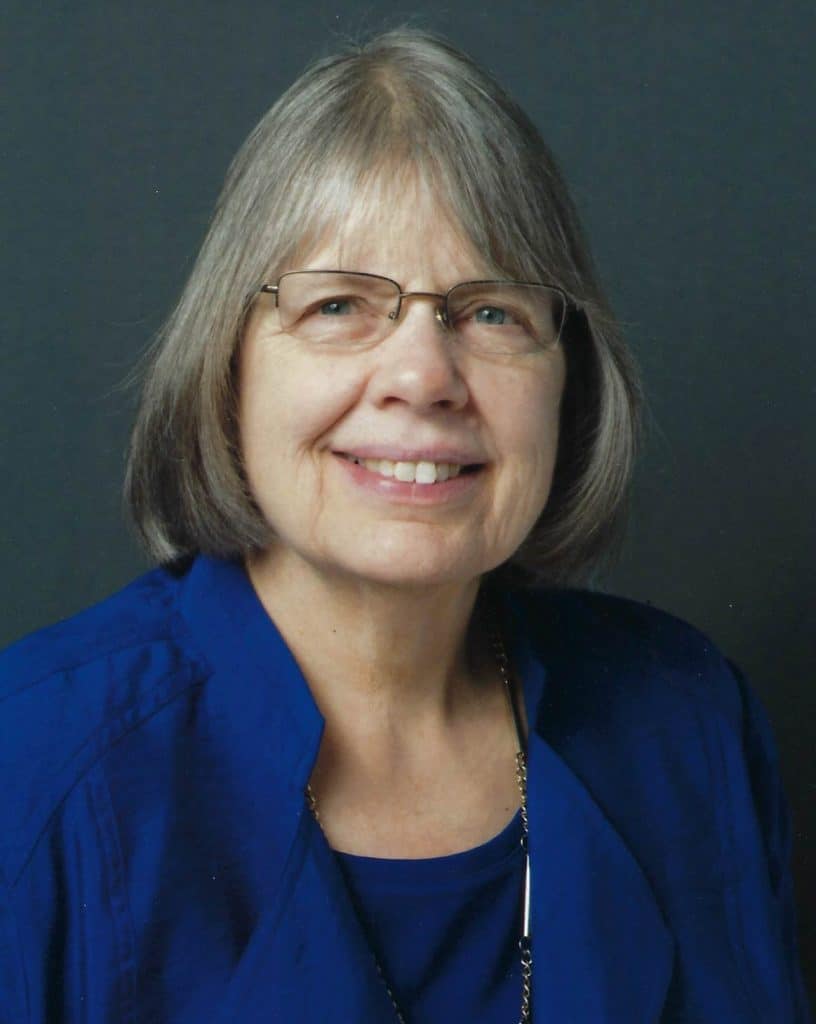 When Karen Jae Schnatmeier Smith, (lately of Lone Tree, Colorado, but forever in her heart from her hometown of St. Charles, Missouri), reached the pearly gates on September 22, 2021, she was certainly talking.  After 78 years on this Earth, she would have wanted to tell the angels about people she loved all of them, everywhere, because Karen never met a stranger.  She was certainly greeted by her beloved Pappy, Omar Schnatmeier, and mother, May, and she probably answered Pappy’s standard query, “One thing more…” with “Pappy loves me!” which was the single right answer that her girls knew by heart before they could even walk.

Karen was an only child, born and raised in St. Charles a few doors down from her life-long friend, Carolyn (Hendrix) Herren.  She adopted Carolyn’s family as her own and thought Carolyn’s mom was incredibly considerate to give birth to twins when the girls were 8 so each would have a baby of her own!  She attended St. Charles High and Lindenwood College, where she honed her love for writing and regularly skipped chapel to talk with her favorite professor about politics. It’s a funny thing that she met the love of her life, Ted Smith, in church!  He was a tall, insanely intelligent, rocket engineer, and they married on May 8, 1964, at the First United Methodist Church in St Charles.  Within four years, they had three daughters who learned many life lessons from her, including:

Ted and Karen moved to Canyon, Texas in 1973 to raise their girls where Karen became the surrogate mom for many of Canyon’s youth.  She might have even driven the get-away car for some teenagers’ shenanigans, but we’ll never tell.  She innately connected with teens and thrived on discussing their life questions, coaching them with positivity and honesty.  Often, when the girls would get home, their friends would already be at their house “just visiting your mom!”

After the girls left for college, Ted’s engineering career led them to several military bases where Karen made friends all over the U.S.  In Clovis, New Mexico, Karen fostered seven teens and served as a CASA volunteer.  In the Washington, D.C. area, she found great joy in living close to the political action, visiting historical places, and spending time with Leslee’s sister-in-law Marianne Evans, her “fourth daughter”.  They retired in Biloxi, Mississippi, then, after Hurricane Katrina, they moved to Lone Tree, Colorado, to be near their grandkids.  There, she ran for a House seat in Colorado, losing “just barely”, for which her family is eternally grateful.

She will be remembered for her positive spirit, her fabulous sense of humor, and her intense love for her family.

She is survived by her husband, Ted, three daughters (Lynn Werhane, Leslee Evans, and Lauren Scroggins), eight grandkids, three sons-in-law, a plethora of cousins, dear friends, and those who considered her to be their second mom.