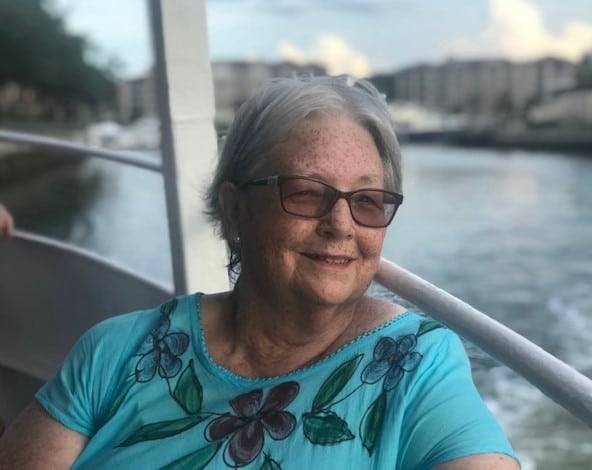 Mrs. Katherine Sarah Gaddis age 71 formerly of Blackberry Mt. Road Ellijay, Georgia, died peacefully on April 19, 2019, after a lengthy battle with pancreatic cancer.  Mrs. Gaddis was born June 15, 1948, in Gilmer County and was the daughter of Lawrence and Irene Farist.  She was married to the love of her life, Robert Lee Gaddis for forty-six years before his death in 2015.  She died on the day that would have been their fiftieth wedding anniversary.

Kathy was a graduate of Gilmer High School, a member of the Cornerstone Baptist Church, and retired as the Deputy Clerk of Court for Gilmer County in 2015 after twenty-eight years of dedicated service.

Donations may be made in lieu of flowers to the Heart Foundation (www.heartfoundation.org) or to Southwest Christian Hospice Care (www.offering@swchristiancare.org).

In a private ceremony following the Memorial Service, the family will place her remains for entombment in the Yukon Cemetery where they will forever reside next to her beloved husband Robert.