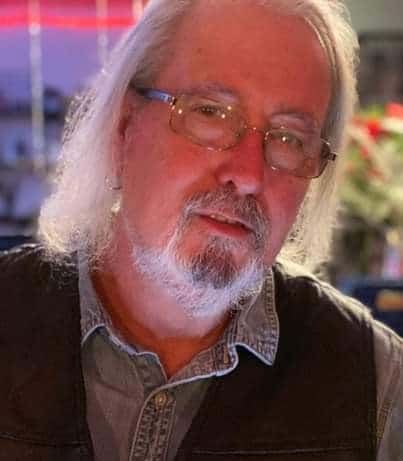 On Wednesday, September 28, 2022 Mr. Kenneth Hugh Green of Waverly Hall, Georgia passed away at Piedmont Northside Hospital.
Mr. Green was the most kind, caring, and loving person on the planet and now there’s a huge void that can never be filled.
Born to the late Claude Frederick Sr. and Juanita (Schanzenbach) Green on July 10, 1955 in Miami, FL and raised in Decatur, GA. He was an avid lover of live music, becoming hooked at 10 years old when his mother took him to see The Beatles at Fulton County Stadium. Mr. Green continued his musical adventures with R.A. Roth Lighting in Atlanta, GA making lighting trusses and travel boxes for groups such as Mother’s Finest, Molly Hatchet, and The Atlanta Rhythm Section.
Mr. Green’s proudest accomplishment was his only son Joshua Frederick Neel Green. He was loving, encouraging and supportive of Josh in all his endeavors. When at a young age Josh showed an interest in music Mr. Green took Josh to his first concert. Years later Josh has a career in the music industry in Nashville, TN – something that Mr. Green was tremendously proud of and took great pride in.
After a proper courtship Mr. Green found love again with Leigh Brown Metts and they were married April 24, 2021. Their marital adventures were full of love, laughter, travel and of course music. Mr. Green had a special bond with Leigh’s oldest son Coleman, teaching him how to cut his grass and took her youngest son, Beauregard, to his first rock concert.
Mr. Green was loved by many and will be missed by all that knew him. He was a great and loving father, brother, uncle, nephew, cousin, friend, teacher and husband.
In addition to his parents, he was preceded in death by his first wife and mother to his only son Judith Neel Green. Mr. Green leaves behind his wife Leigh Brown Green (Coleman Metts & Beauregard Metts) of Waverly Hall  GA, son Joshua Green (Summer) of Nashville TN, brother Claude Frederick Green Jr. (Susan), Locust, North Carolina, the Still Family of Atlanta (Lamar, Judy, Dominic, Jessica), and numerous other family members and close friends.
A celebration of Life for Mr. Green will be held at The Ellerslie Depot, 4780 Harris Road, Ellerslie, GA 31807 on October 30, 2022 from 4 – 7 PM.
Georgia Cremation Columbus is assisting the family.