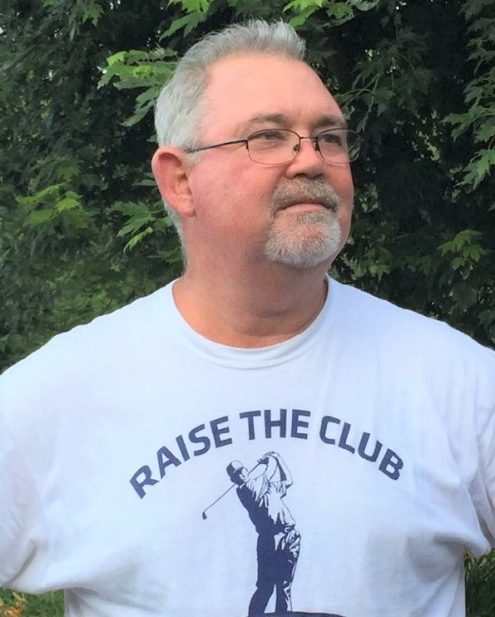 Ken Hensley of Hoschton, Georgia went to be with his Lord and Savior, Jesus Christ on Tuesday, December 25, 2018. Ken was born in Erwin, Tennessee on November 17, 1956. He was the loving husband of Beth Hensley for thirty-two years and adoring father of their wonderful daughter, Abby Hensley.

Ken grew up in Maryland and joined the US Navy in 1974 where he served on the aircraft carriers the USS Midway during the Vietnam War and later the USS Kennedy; serving his country for six years.

Ken loved many things … his horses, motorcycling, waterskiing, climbing mountains, scuba diving, and bicycling; he was never afraid to try anything. Kenny’s heart never strayed far from his grandfather’s farm in the mountains of east Tennessee, returning each summer to be with family. He eventually realized his dream to own land and horses and run heavy equipment by establishing “Trinity Farm” in Hoschton.
Ken always had a fascination with cars and began his career with Honda in Rockville, Maryland. After Ken and Beth moved to Georgia, they opened Hensley Automotive in Hoschton and later in Buford.

Kenny was strong but also gentle and kind. If you were his friend, you were loved and you were in his heart forever. Ken made sure his friends and family knew they were loved. He came to know and love Jesus as his Savior, which was evident through his love for his family, friends and the church. During his walk with the Lord he became an elder at his church.
Ken is loved by many and will be missed so much!

Blessed with a large loving family, he is survived by his wife Beth, daughter Abby and by two sisters, Yuma Joyce Herring (husband Bill), Rose Mary Wilkes (husband John), and his extended family through his marriage to Beth as well as many nieces, nephews, and an abundance of great nieces and nephews of whom he dearly loved. He is also survived by many cousins that were more like brothers and sisters than cousins. Ken was preceded in death by his parents, Robert Russell Hensley and Willa Dean Shelton Hensley of Afton, Tennessee.

Messages of condolence may be mailed to Beth Hensley, PO Box 148 Hoschton, GA 30548.