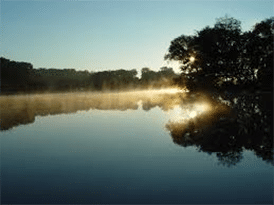 Kevin Michael Mahaffey, age 59, of Rome, Georgia passed away on Thursday, June 29, 2017 at Floyd Medical Center. He was born on April 02, 1958 in Great Lakes, Illinois, the son of Mason Bobby Mahaffey and the late Imogene “Jean” Phelps Mahaffey. He was of the Baptist faith and proudly served his country in the U.S. Army. Kevin was an amazing carpenter and a bit of a jack of all trades. He enjoyed sketching, painting and fishing in his retirement. In addition to his Mother, he was preceded in death by his wife, Tina Marie Mahaffey. Kevin is survived by his daughters, Christina Daniel, April Ann Klamm (Jason) and Katelyn Mahaffey; his father, Bob Mahaffey; his sister and brother-in-law, Cindy and Buddy Nelson, five grandchildren, aunts, uncles and cousins. A memorial service to be announced at a later date. Georgia Cremation 3570 Buford Highway, Suite 202, Duluth, GA 30096 (678)584-0914 is assisting the family with local arrangements. Messages of condolence may be shared at www.GeorgiaCremation.com. A true fisherman knows when and where
the fish are biting
He rises up early in the morning,
plying the water for that elusive catch,
waiting in the stillness for a nibble
A slight twitch in the line,
expertly he reels it in—
A good fisherman knows a keeper
when he sees one, he knows when to toss
one back, and when to
head for home.