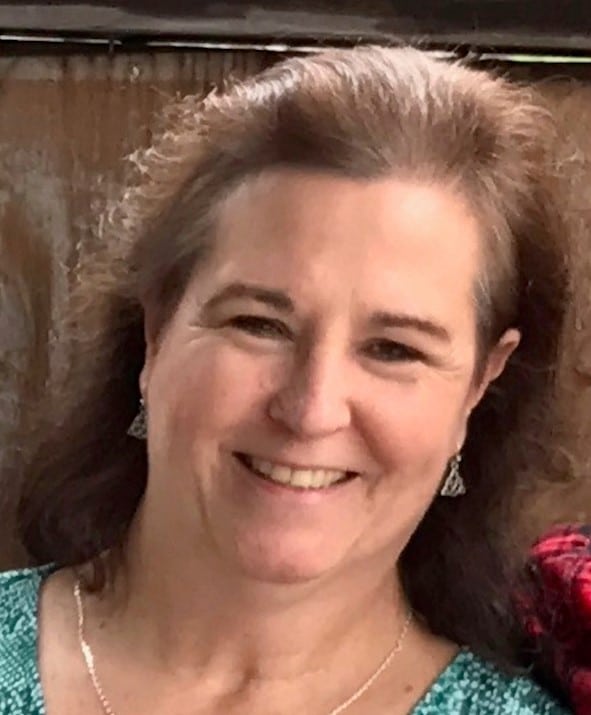 Kimberly D. Ekin, 58, of Loganville, GA lost her battle with lung cancer on Monday, November 15, 2021.  At the time of her passing, she was home surrounded by family and friends.

Kim was born in La Mesa, CA and spent her early childhood in the San Diego area.  She would fondly laugh about skipping school to sneak in a back gate to the San Diego Zoo.  Her parents separated and she eventually ended up with her father living in MD.  She met her husband, Steve, while interning as a medical assistant at the Coast Guard clinic where he worked.

Steve was transferred to New Orleans, and Kim followed.  They were married at the base chapel, November 28, 1986.  Kim went on to complete her Associates Degree in Nursing (RN) in 1990 and spent the next 25 years as a Labor and Delivery nurse.  After transferring many times, they ended up in Loganville in 2001.

Kim had 3 real joys in her life.  First and foremost, her children, Garrett and Alexandra.  She homeschooled both of them through high school.  She claimed she got a much better education the second time!  She made life-long friends with other moms that she met through their activities. Second, were her animals. She never met a stray that didn’t make it home with her.  She’s leaving her dog Jinx, three cats, Cinder, Jade and Mavis, a ferret named Pixie and Alex’s sugar-glider, Dobby.  Her final “vice” was her “after-kids” car, the Mustang. Many hours of her recent years were spent cleaning her car until it was show-room ready. Kim was always up for a road trip and equally loved a drive through the mountains (twisty roads) or to the beach (long open stretch).  The beach was definitely her favorite place, and where she loved to spend time the most!

Kim is survived by her husband, Steve; her son, Garrett Ekin and daughter-in-law, Anne Ekin of Sandy Springs; her daughter, Alexandra Ekin-Ross and son-in-law, Benjamin Ross of Loganville.

In lieu of flowers, the family requests you make a donation to your favorite charity or to help someone less fortunate during the holiday season.