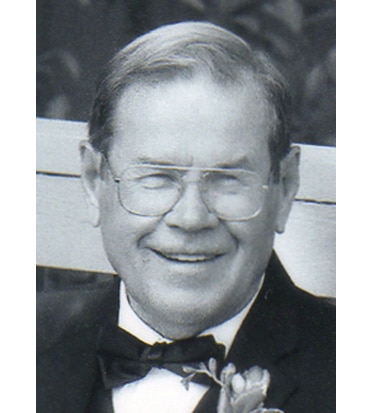 Jim was born to Irish immigrant  parents on September 3, 1929.  He was raised in the melting pot of Gary, Indiana, with two brothers and a sister.  He attended Gary Emerson High School, where he was first introduced to the game of football. After graduating from high school, he was given the opportunity to play for Michigan State College(now M.S.U.) and played during the famed era of Biggie Munn as a defensive end.  He earned high praise during his college career, and was an All-American Honorable Mention in the fall of 1950.  He was recruited to play professional football in the spring of 1951.  However, that was not to be.  He was drafted into the U.S. Army upon his graduation in 1951.  He did two tours of duty during the Korean War, from September 1951 to October 1952, and his service earned him the Bronze Star.

After being discharged from the U.S. Army, Jim moved to Chicago and worked for Westinghouse Broadcasting Company.  This was the beginning of a long television broadcasting career that took him from one end of the country to the other.  Jim moved quickly from sales positions into management roles.  His career took him from running multiple stations to entire broadcasting companies.  He retired in 1987.

It was while residing in Chicago, that Jim met and married his wife, Lynn.  They were married in the spring of 1960 and had fice children – Maura, Patricia, Michael, Timothy, and Meghan.  Jim and Lynn were married for almost 54 years.

Jim and Lynn moved to Big Canoe in 1998.  During his retirement, Jim enjoyed a number of hobbies.  He kept a workshop where he built everything from furniture to humidors.  He also loved to build ship models.  One model could literally take years to complete.  He enjoyed playing golf, reading, watching old movies on TV and all things football.

Jim is survived by his wife, Lynn, his five children, Maura Langston of Houston, TX, Patricia King of Canton, GA, Michael King of Okemos, MI, Timothy King of Chicago, IL and Meghan Rogowski of Norcross, GA and ten grandchildren.  He was preceded in death by his brothers, Tom and John, his sister, Marcella and both of his parents.