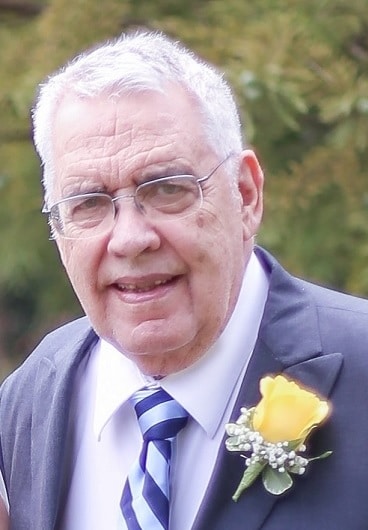 Larry Dean Hansen, age 83, of Dunwoody, Georgia, passed away peacefully surrounded by loved ones in his son’s home on February 9, 2021.

Larry was born in August of 1937 in Audubon, Iowa, the second son of Emil Carl and Hazel Caroline (Hilsabeck) Hansen. He married Marcia Ruth Hicks on September 7, 1958 in Des Moines, Iowa with Marcia’s dad, Paul, officiating. Larry graduated from the University of Omaha, Nebraska, where he earned a Bachelor of Science in Business Administration. Upon graduation, Larry began his career with Western Electric as an accountant, which later became AT&T and then Lucent Technologies. After retirement, Larry enjoyed working with his hands, doing handyman work around the house and for neighbors.  He also enjoyed building decks, porches and bird houses. Fishing was also a big part of Larry’s free time. He would spend hours fishing on Lake Hiawassee, where he had a cabin located in the resort community of Bear Paw, near Murphy, NC. Larry also volunteered his accounting skills during tax season helping those in need at the Dunwoody Library. Most of all, Larry loved doting on his four granddaughters every chance he could get. After Marcia’s death in early 2007, Larry married Sharon (Sinsel) at his home in Dunwoody, GA, on June 7, 2008. Larry was preceded in death by his parents, his first wife Marcia, his brother Wayne and sister-in-law Norma.

He leaves behind his loving wife, Sharon, his sons, Michael and Mark, daughters-in-law, Diana and Ruth, his four granddaughters, Jennifer, Stacy, Kristin, and Teresa, two grandsons-in-law Jesse and Tim, and great grandson Baze.

Thanks for being an amazing dad, grandfather (Papa) and great role model.