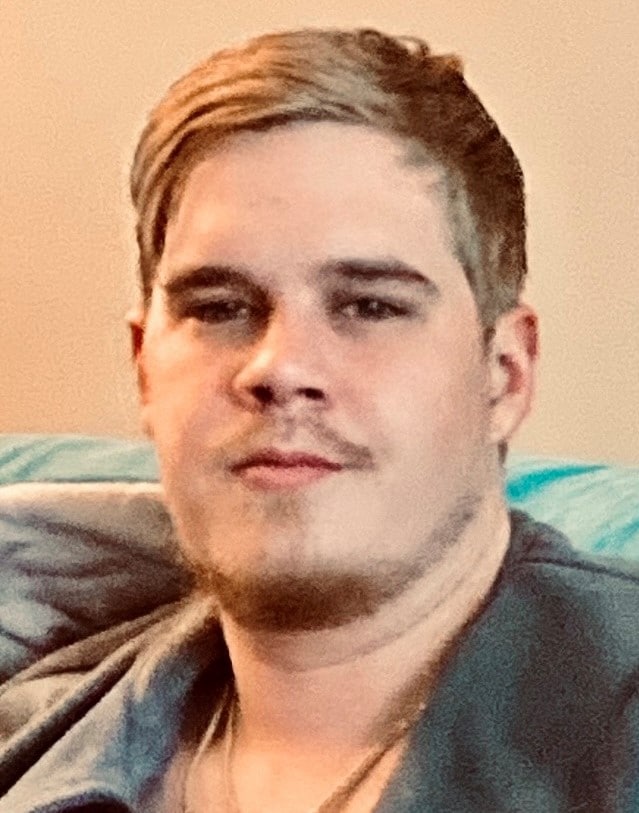 Lawson was the third child and only son to Mary Lou and Larry McGregor. He was a big, happy baby who loved to bear hug and give wet kisses to his sisters Laura and Lauren. As a little boy he loved his many pets, playing outside, watching his favorite cartoon Caillou, and anything Star Wars! Lawson started playing sports at a young age and was exceptional in all his positions. He had a deep love for baseball, and it was always an exciting day at the field when he was playing. As a sophomore at Jordan High School, he was voted Best 1st Baseman in the region by all the coaches. It was a true honor. How beautiful he was to watch, with his 6-foot 6-inch body, stretching out to make the catch on 1st base. He had good grades in school, participated in the gifted program, and placed second in a Skills USA regional competition, all while being the class clown. Lawson graduated from Woodland High School in 2017.

People called him Big Law Dawg and, if you ever met him, you probably would not forget him. He made an impression wherever he went, to say the least. He was big, loud, passionate, intelligent, defiant, bossy, fearless, over the top, and reckless, as well as being a loyal friend and a talented songwriter and rapper. Lawson had an intense and incredibly funny personality. He is remembered for his huge smile, and how he saw the good in people. Lawson had the biggest heart. He was deeply loved by his family and his friends.

So we are left with the question: why did Lawson intentionally take his life peacefully on a Wednesday night? He struggled with immense grief over losing so many friends in the last five years. Lawson was brokenhearted after losing his father in 2017 and the circumstances surrounding it. He had crippling physical pain after his left ankle was shattered in August of 2019. His ankle became severely infected with a Staph infection, and he lived with that dreadful condition for over a year. He had several  operations and would need more to see if his foot’s mobility could be saved. This news was devastating to an athlete. Lawson was able to hold down some secular work, but during his last job his shoulder came out of socket and was therefore facing an operation for that as well. The thought of being confined in a hospital was overwhelming for him, especially during a pandemic. He did not always make the best choices and found himself in legal troubles. Lawson had some real, lifelong friends, but he also associated with some dangerous contacts. He wanted more out of his personal growth and development, but he could not break free. Often he would say: “Ma, I got this”, but on his last day he said: “Ma, I ain’t got this, it’s got me”. Lawson was brokenhearted, in constant pain, dealing with financial struggles, dependency issues, growing mental illness, fearing for his life and complete exhaustion. Not everyone knew that Lawson was autistic and his brilliant, firmly decisive brain saw only one answer. In his words, he ‘did not sack out, but he controlled the fall to be as kind as he could to his family’.

Lawson’s last day started with intention. He called his mom early in the morning asking to spend time with her. That day together was a beautiful gift. He shared, as he had before on several occasions, that he did not want to live anymore. There were tears and long prayers, sharing of favorite foods and music curled up by the fireside, cuddle time with Roscoe and long hugs, as well as time spent laughing and reminiscing on old stories. There was not one argument, loud word or correction given the whole day, which was very unusual. Lawson gave instructions what to do if something were to happen to him. The day ended with a kiss on the forehead goodnight and the words: ‘Let’s talk tomorrow’. He sent texts to some, leaving a gentle goodbye. He wrote his mom the most loving and tender goodbye note. He did not wake up on Thursday. Of great comfort is the thought found in Ecclesiastes 7:1 where it shows what matters to God is not who we are when we are born, but who we are when we die. Lawson’s note made his faith clear by stating his hope of a resurrection through Jesus’ promise. The last sentence read: “I’ll see you soon and I’m so thankful Jehovah blessed me with you as my mother”. His last day was lived in complete truth and pure love. Lawson believed he would go to sleep in death, be conscious of nothing and be resurrected into a new earthly paradise. (Ecc. 9:5,6; Psalm 37:10,11).

We will have a Gathering of Love for Lawson on Sunday, July 18th at Cooper Creek Park in Pavilion #6 from 4:00 to 6:00 pm. All are welcome. It will be COVID kind, mask friendly with social distancing respected. Due to the pandemic, those who want to drive through to show their respect will be greeted by the family from 4:00-4:30. From 4:30 to 5:00, we will have face-to-face visitation for those who wish to see the family. At 5:00 pm, we will gather under the pavilion to speak about Lawson’s life and share welcomed stories. There are several picnic tables, and you are also welcome to bring folding chairs. We look very forward to gathering with you at one of his favorite outdoor places and welcome the closure it will bring.