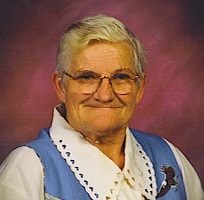 Lulamae “Lou” Queen Horton was born May 22, 1938 in Candler, Buncombe County, North Carolina to the late Paul Blake Queen and Pearl Bernice Taylor. She married Jerome David Horton on August 20, 1964 in Greenville, South Carolina. They moved to Cusseta, Georgia in 1965 while Jerome served in the United States Army stationed at Fort Benning, Georgia. Through the years, she raised her three children and enjoyed spending time with family and friends. Her favorite hobby was sewing and quilting which she was quite talented with.

Ms. Lulamae Queen Horton, 79, of Cusseta, Georgia passed away on February 22, 2018 surrounded by her loved ones. She was preceded in death by her parents and three brothers, Ray Taylor, James “Pete” Hugh Queen, and Jerry Lee Queen.

A Private Celebration of Life Service will take place March 11, 2018 and later Ms. Horton’s ashes will be laid to rest with her late husband at Andersonville National Cemetery in Andersonville, Georgia.

The Horton family would like to thank the wonderful caregivers of Columbus Hospice for the support and care shown to Ms. Lulamae, but also to those nearest and dearest to her during this difficult time.

The Horton Family is being assisted by Georgia Cremation, 7500 Veterans Parkway, Suite A, Columbus, Georgia 31909, 706-577-0055. The family invites you to leave a condolence or share a memory below.