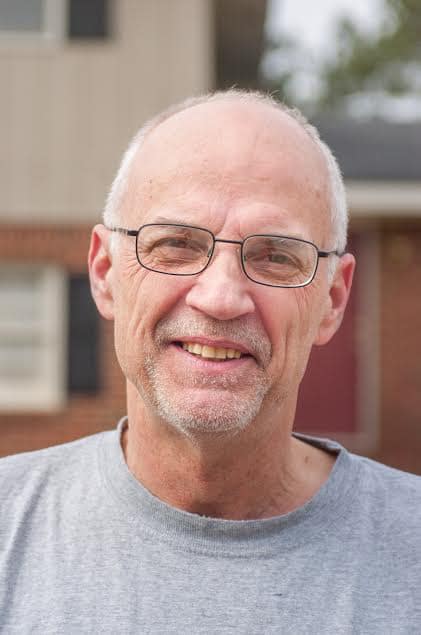 Marshall was born to Mollie Priscilla Comstock and Thomas Marshall Rutherford Nason in Warrenton, Virginia where his father was stationed with the Army Signal Corps during the war. The family moved to Baton Rouge, Louisiana and then to Albuquerque, New Mexico in 1949. His parents divorced and he lived with his mother attending public schools and graduating from Highland High School in 1961. He attended Grinnell College, Iowa for two years, returning to the University of New Mexico and married Grinnell graduate Linda Rose Guthrie of Downers Grove, Illinois. He graduated B.A. with a major in English in 1966. The couple moved briefly to Seattle, Washington where he took graduate English courses at the University of Washington and then joined the United States Peace Corps for a two-year service in Micronesia. There he taught elementary school and helped establish the Truk Community Action Agency, serving as its program development officer. Marshall always considered the intense cross cultural nature of the Peace Corps in a non-western setting as a touchstone experience by which to measure other events in his life. Leaving the Peace Corps he moved to Atlanta, Georgia to attend graduate school at Emory University, receiving an M.A. in American Studies in 1976. He had divorced his first wife and then married Eva Ann Cary of Atlanta with whom he had two children, Shelley Anemone Nason and Bartram Cary Nason. He worked as a juvenile court probation officer and in an English as a Second Language program before being hired at Oglethorpe University in student affairs. During his nearly quarter century at Oglethorpe he directed the student center and student activities, advised student government, governed other student organizations and honorary societies, and coached cross country and track, receiving several awards for his efforts. He also served as the college’s international student advisor during all this time. He co-founded the Georgia Association of International Educators and served as the organization’s second chair. He left Oglethorpe as the Associate Dean of Student Affairs. Throughout his life Marshall had an enthusiasm for endurance sports. He ran and competed in countless road races. He served as a race director and on the board of the Atlanta Track Club. He competed as a master’s swimmer and in various mountain bike races, as well as several triathlons well into his sixties. He was divorced and married to Kathleen Smith Duda of Atlanta in 2003. The couple has one child, Sienna Elizabeth Nason. After Oglethorpe, Marshall joined a non-profit organization, Helping Teens Succeed, whose goal was to help low income students attend and succeed in college. He subsequently taught English Composition and World Literature part time for four years at Georgia Perimeter College. Marshall is survived by his beloved wife Kathleen, a teacher in the Gwinnett County Schools, who was Teacher-of-the-Year at Archer High School in 2014, his three smart and talented children, and his sister Naomi Edwards of Auburn, New Hampshire. The family is being assisted by Georgia Cremation, Duluth, GA (678)584-0914. Messages of condolence may be shared by visiting www.GeorgiaCremation.com.