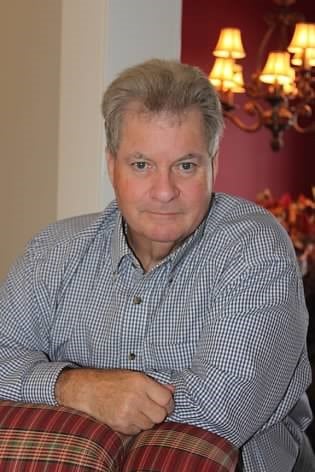 After WWII, his family moved to beautiful Ithaca, NY where he grew up. Everyone knew Martin by his nickname “Marty”. He had strong work ethic, and a love of hockey and golf. At the University of Georgia, he earned a double degree in food science and business. He moved to Charlotte, NC in 1988 with his wife and two daughters. Leaving NC for Georgia in 2004, he renovated the family cabin on Lake Harden (backwaters) and added 1,000 square ft.

Martin had a passion for wood working. He developed skills from his father to build fine furniture. Wood working and rescuing animals continued to be a passion throughout his life.

Martin is survived by his wife of 33 years, Marsha Hinsley Tobey, two daughters – Kristal Folds Nestor (Scott), their two children, Braiden and Lily Nestor, and Misty-Dawn Folds all of Columbus, GA. He is also survived by this sister Priscilla Tobey Middleman (Robert) of Vero Beach, Florida and their two sons, Matthew and Evan Middleman. Martin is predeceased by his parents, Mary Molella Tobey and Rodney Nathanial Tobey of Ithaca, NY.

There will be a celebration of Martin’s life on Wednesday, July 7th at 2pm at Columbus Hospice where he received supportive care (7020 Moon Road, Columbus, GA 31909). Martin was loving cared for at home by his wife during his 2-year extended illness due to a stroke.

Martin is so very missed by all of his family and friends.

The family of  Mr. Tobey is being assisted by Georgia Cremation, 7500 Veterans Parkway, Suite A, Columbus, Georgia 31909, 706-577-0055. The family invites you to leave a condolence or share a fond memory below.