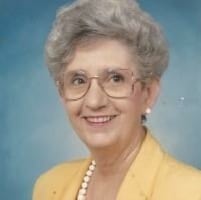 Mary Catherine Northcutt Speas was born October 6, 1939 in Tulsa, Oklahoma. Mary spent much of her youth living in various states either with her family or her husband such as Georgia, Pennsylvania, North Dakota, Wyoming, Minnesota, Kansas and Alaska.  She graduated from Northside High School in Atlanta, GA in 1957.  Mary later obtained her combined degree of Lab & Xray Technician from College of Medical Technology in PA.

Mary spent the majority of her life in Gainesville, Georgia where she raised her family and was a devoted daughter, wife, and mother.  She took pride in her work as the secretary for the Hall County Sheriff’s Office from 1990 to 2001.  Later in 2001, she moved to Columbus, Georgia to be closer to her daughters and grandchildren.  Her grandchildren were an enduring source of pride for her as well as her constant companionship with her youngest daughter, Lori.

Ms. Speas, 77, passed away on Friday, August 25, 2017 at her home surrounded by loved ones. The family will hold a private Celebration of Life Service at a later date and kindly requests that in lieu of flowers, donations in memory of Mary Catherine Speas be made to The American Lung Association, www.lung.org.

The Family of Mary Catherine Speas is being assisted by Georgia Cremation, 7500 Veterans Parkway, Suite A, Columbus, Georgia 31909. Condolences may be offered by visiting www.GeorgiaCremation.com.