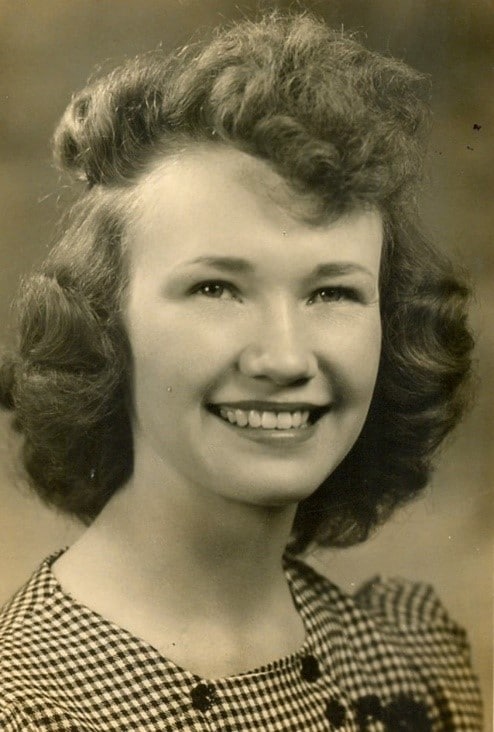 “His sorrow was not solitude, it was that other gulls refused to believe the glory of flight that awaited them; they refused to open their eyes and see.”

Mary Lou (Birdsong) Kenyon of Suwanee, GA passed into the Promised Land on Thursday, November 14, 2019 at 92 years of age.

A memorial service will be held for Mary Lou at 2:00 pm on Saturday, November 23 at Johns Creek United Methodist Church, 11180 Medlock Bridge Rd, Johns Creek, GA in the Sanctuary.

Born October 12, 1927 in Hoisington, KS, Mary Lou was the only daughter of the late Hiram and Martha Birdsong.  Mary Lou had three brothers; Bob, Seedy, and Red who preceded her in death.

After graduation from Hoisington High School in 1945, Mary Lou and her best friend, Joann Rea, immediately left their small-town beginnings to head for our nation’s capital. They were recruited by the US Civil Services Administration to support the WWII war effort. Living in Arlington, VA, Mary Lou soon met recently returned US Army veteran, Wendell S. Kenyon. After only 11 months of dating, Wendell and Mary Lou were married in October 1946. They have enjoyed 73 years of inseparable marriage and devotion to one another.

Mary Lou and Wendell raised their family in Fairfax, VA and established this as their home for 35 years until moving to Suwanee, GA in 1999. Mary Lou cherished her family. She was very active in St. Matthews United Methodist Church in Fairfax, VA.  She is survived by her husband, Wendell; three children, Randy, Stacie and John; four grandchildren, and three great-grandchildren.

As a breast cancer survivor, she also volunteered with the Cancer Society, helping other women face their battle. She recognized the importance of giving back to a community that had helped her.

In lieu of flowers, donations may be made to the American Cancer Society or a charity of your choice.