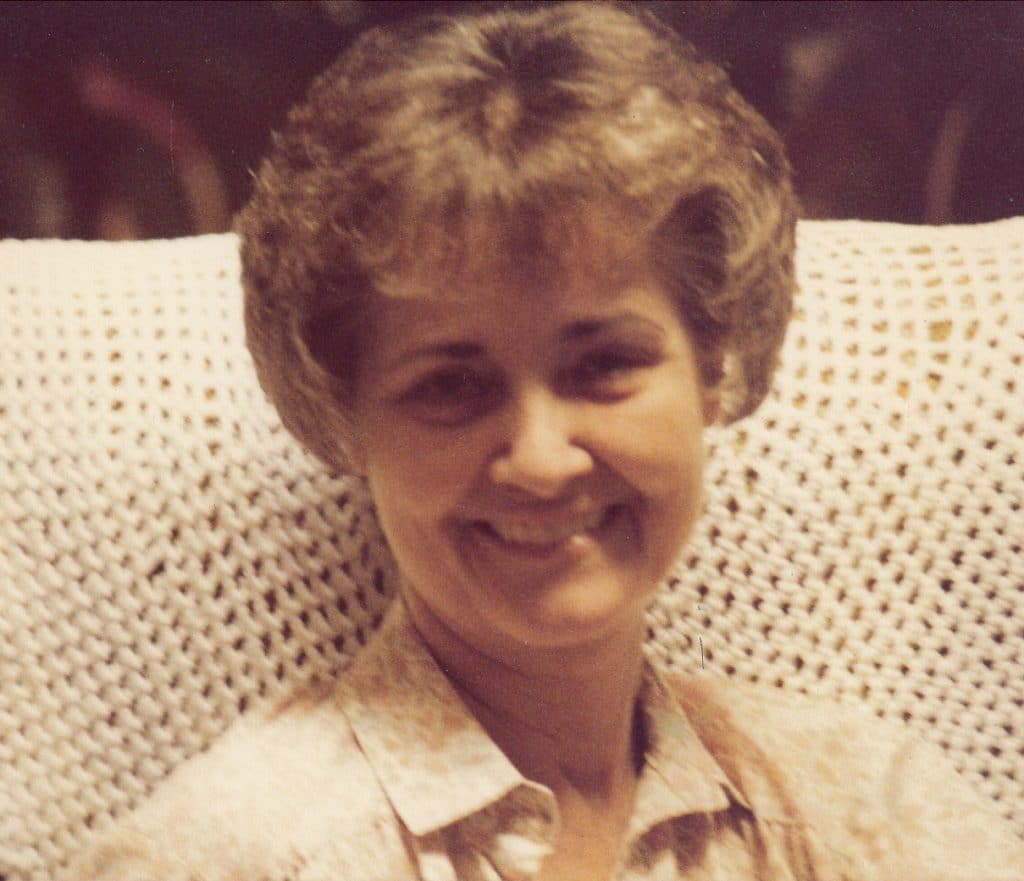 Mary Louise Barber went to her final rest on Monday 10 August 2020 at 92 years of age.  Mary Lou, the youngest of six children, was born on Saturday 27 August 1927 to Hubert and Cordelia Davis of St. Marys, Georgia.  Raised on a farm with five siblings, Mary Lou came from the resolute Davis blood line and had a strong work ethic.  Honest and straightforward, her word was her bond.

Mary Lou graduated from St. Marys High School 25 May 1944 at 16 years of age.  Growing up during the depression, she learned to make every penny count – a lesson which served her well throughout her life.  She raised three children – at times alone – while working as a waitress for Liggett Rexall Drug Store and various other jobs to make ends meet while living in Jacksonville Florida.  In her early years, Mary Lou was an accomplished ballroom dancer and figure skater.

Mary Lou and husband Chuck retired to Woodbury Georgia in March 2003 – after living in Atlanta Georgia for about 40 years where Chuck worked for the Airline Industry and Mary Lou was a homemaker and raised children.  Mary Lou had a green thumb and enjoyed day, ginger, and canna lilies; roses; and other assorted flowers and plants in her yard and inside the house as well.  She thoroughly enjoyed Georgia wildlife, and was especially keen on keeping the hummingbirds well fed outside her window – at times from her hand.

Mary Lou was a determined learner and had no fear of tackling the unknown; she began using a computer at about 60 years of age.  It became one of her most cherished hobbies.  She was an avid e-mailer, digital photographer, and virtual traveler.  She enjoyed her iPad, especially using FaceTime with family and friends, and she often tutored other less technologically-capable users until a major stroke just prior to her 88th birthday.

Mary Lou had a strong faith in God, and she shared her faith and beliefs freely; she never expressed worry or fear as she was confident God would work things out in His time.  She was a devout Christian and member of the Seventh-day Adventist Church for over 57 years and a diligent Bible student.  She served in many volunteer capacities through the years, and she took every job – from church work to community service work – with dedication and seriousness.  She often gave freely of her time to help those in need or in caregiving for a sick neighbor, friend, or family member – quietly and with dedication.  Living by the statement “there is more religion in a good loaf of bread than many think,” she often generously shared her excellent home-made whole wheat bread with others – and she shared her time helping teach others how to make bread for themselves.

Mary Lou was generous with people in need and outreach projects in which she believed.  She loved reading her Bible and the writings of Ellen G. White. They informed and shaped her Christian character.  And she unselfishly shared her faith and means with others.  As a result of her generosity with the Ellen White Estate over many years, thousands of pastors, teachers, and others around the world have been provided with CD-ROMs and electronic downloads of Mrs. White’s writings.  Many would not otherwise have had access to this resource.  “Well done, thou good and faithful servant…”

The Barber family is being assisted by Georgia Cremation, 7500 Veterans Parkway, Suite A, Columbus, Georgia 31909, 706-577-0055. The family invites you to leave a condolence or share a fond memory of Mrs. Barber below.