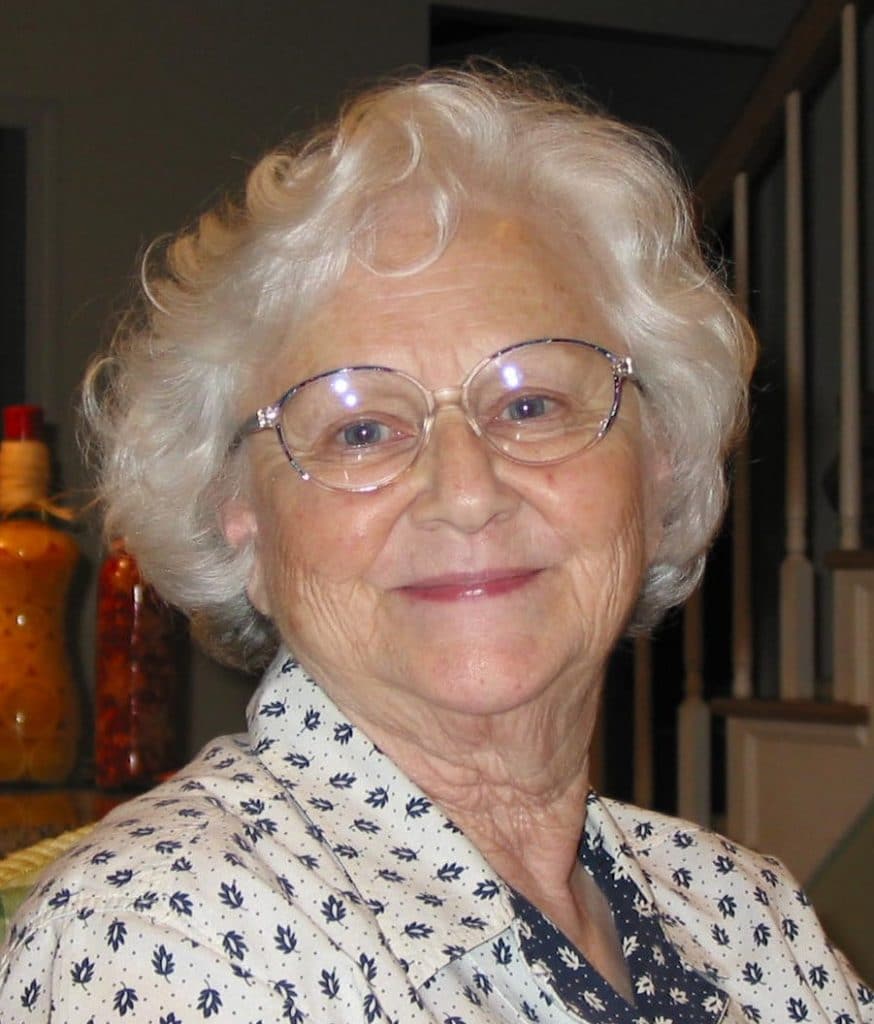 Mary was born in Tarkio, Missouri on April 28, 1932 to the late Harry and Martha Betzner. She grew up in the Tarkio area and graduated from Fairfax High School in 1951. As a young woman, Mary moved to Lincoln where she worked as a bookkeeper. It was during this time that Mary met the dashing Gene Wolfe while on a double date. The couple wed in July of 1954 and soon moved to Bell, California where Mary continued her bookkeeping work for the grocery store chain Piggly Wiggly. The family grew with the addition of their daughter, Cherlyn, and then once more with their son, Mark. In 1970 the Wolfe family relocated to Colorado Springs, Colorado, where Mary spent more than 30 years. She was a longtime homemaker and caretaker of her family. She lost her beloved Gene in 1993. In 2001, Mary moved closer to her daughter in Peachtree City, Georgia, where she spent the remainder of her life.

Mary was a born-again Christian. She loved God and her Savoir Jesus Christ. While living in Colorado Springs, Mary was a longtime member of Heritage Baptist Church. She was an avid reader and studied her Bible daily. Mary was quiet and sweet. She had a good sense of humor. She was generous and put everyone else’s needs before her own. She was incredibly considerate. She was known to preach the gospel and testify to everyone she knew. Mary truly lived her life in the presence of the Lord. She was a devoted wife, mother, Gramma/Nana, sister, auntie and a loyal and faithful friend.

Along with her parents, Mary was preceded in death by her husband of 39 years: Gene Edwin Wolfe, as well as a sister and two nephews. She is survived by her daughter and son-in-law: Cherlyn and Steve Barnes of Peachtree City; son: Mark Wolfe of Colorado Springs; five grandchildren and eight great-grandchildren; sister: Ellen Payton of Tarkio, MO.

A private service and graveside interment will take place in Colorado Springs at a later date. In lieu of flowers, donations may be made in memory of Mary to Southwest Christian Care Hospice, www.swchristiancare.org/donate. The Wolfe family is being assisted by Georgia Cremation, 1086 Hwy 54 W, Fayetteville. Messages of condolence may be left at www.GeorgiaCremation.com.