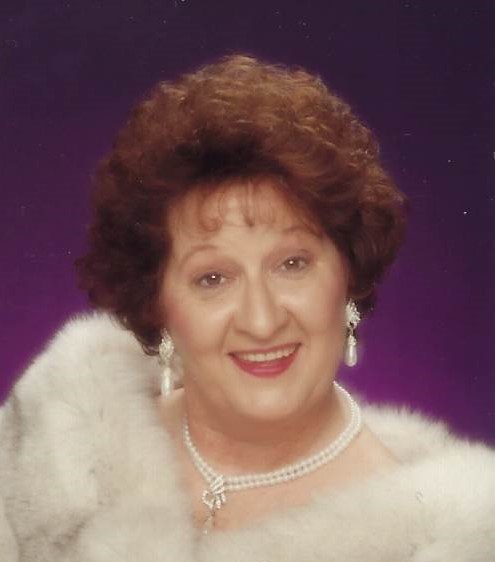 Ms. Bannister was born on February 16, 1943 in Lenoir, NC to the late George and Edith Jones. She grew up in Granite Falls, NC alongside her brother and sisters. Ms. Bannister is a Veteran of the United States Army. She began her service in the Women’s Army Corps and served as an Army Journalist and she was the first female on a firing squad for a military funeral detail. Her military career brought her to the Atlanta area in 1975 where she remained. She had a successful 25 year career as an office manager for Number One Electric in Fayetteville, Ga following a career spanning various fields. She has been active in several churches including Sandy Ridge Baptist Church in Hickory, NC, Clover Baptist Church in Granite Falls, NC, and Lisbon Baptist Church in Fayetteville where she was a Sunday School teacher for the 2 year old class and participated in the Senior women’s group.

Ms. Bannister enjoyed finding humor in the world around her. She loved flowers and enjoyed gardening. She was an avid reader, frequently visiting the local library and could often be found checking out novels and mystery books. Cooking, cook books and searching for the perfect recipes were also passions of hers. She was a lover of animals and helped feed and care for local feral cats.

Along with her parents, Ms. Bannister was preceded in death by her husband of 31 years: Harold Bannister; her first husband and father of her children: Kenneth R. Little; her brother and 2 sisters: Bruce Jones, Judy Smith and Susan Swink; and loyal canine companion of 20 years: Buster. She is survived by her son and daughter-in-law: Kenneth and Paula Little of Conover, NC; daughter and son-in-law: Donna and Robby Morgan of Columbus, Ga; grandson: Scott Morgan; her beloved cats: Precious and Charlie Mae; cherished grand-cats: Black Jack, Ruby and Junie B. Ms. Bannister is also survived by several nieces, nephews, numerous close friends and her church family.

Ms. Bannister’s family would like to extend their gratitude to Southern Grace Hospice, whose staff lovingly cared for Ms. Bannister in her final weeks of life.

The Bannister family is being assisted by Georgia Cremation, 1086 Hwy 54 West, Fayetteville.