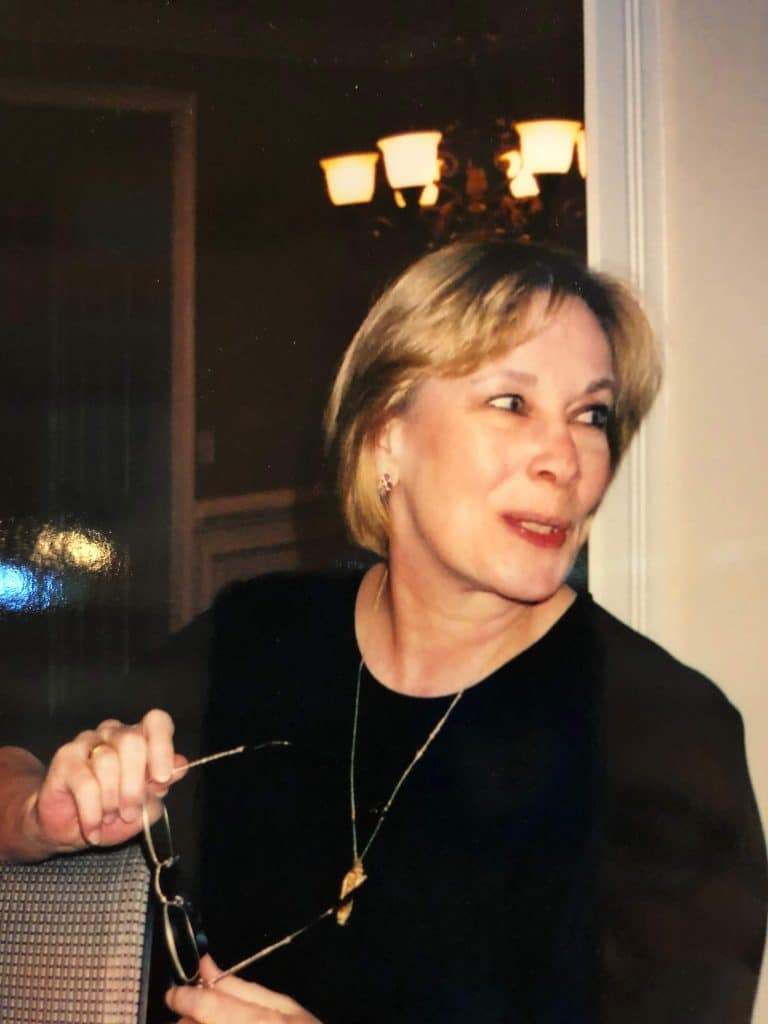 Sandy McConnell was a young woman hitchhiking her way through Europe in the mid 1970’s when she realized she was caught in the middle of a Basque uprising in southern France and northern Spain. It would take more than a little regional skirmish among Spanish separatists to deter her from completing her journey.

“I really wasn’t sure what would happen. We were stuck there until things cooled down,” she said, recalling the long summer she spent satisfying a lifelong dream of travel and adventure. “I guess it was just another stop along the pathway,” she said.

Sandra Eileen McConnell’s remarkable journey through life ended September 24 when she died of advanced bladder cancer at the Our Lady of Perpetual Help Home in Atlanta. She was 68.

Born in Hattiesburg, Mississippi, Sandy spent much of her lifetime working as a nurse – first at the famed Charity Hospital in New Orleans, where she attended the Charity School of Nursing,  and at other facilities in the South, including WellStar Cobb Hospital in Austell, Georgia. She also worked several years as a home health nurse. She finished her career at Columbus Technical College where she taught dozens of nursing and medical assistants in both classroom and clinical settings. She retired from Columbus Tech three years ago.

When not nursing, Sandy sold real estate in metro Atlanta and, for a short while, owned and operated the Lake Rabun Hotel Bed & Breakfast in North Georgia. Besides Europe, she also traveled extensively in the U.S. Outside of her native Mississippi and her childhood home in Louisiana, she designated her favorite spot as Alaska.

Sandra Eileen McConnell was born into a large family of multiple aunts and uncles and so many cousins spread throughout Mississippi, Louisiana and Texas it was hard to keep track of them. She spent most of her childhood and teenage years in Lockport, Louisiana., where she attended Central Lafourche High School, played alto saxophone in the band. With her bright eyes and impish smile, she was one of the cutest girls in the Class of 1968. Everybody loved Sandy.

She was married twice to husbands who shall go unnamed here. Suffice it to say that they were part of her great adventure too. But mostly she learned to be self-sufficient and she never outgrew her desire to travel, listen to music, cook her favorite creole recipes and dance to the cadences of her Mississippi and Louisiana roots.

She could make, according to her extended family, a seafood gumbo that would taste of sweet salvation. It became the go-to meal at Christmas celebrations and family reunions. Although others tried, they couldn’t quite duplicate the impeccable quality of Sandy’s roux.

Along the way she also developed an affinity for dogs and cats in need of rescue. When she was last hospitalized she had two dogs, Bootsy and Lulu, and a cat, Pepper. She took all of them in, either as adoptees or rescues. Her final years were spent in their presence. They adored her, and she them. Lulu even paid a visit to her in hospice, before rescue groups made arrangements to transport Lulu to a forever home in Illinois.

When Sandy could no longer travel, she enjoyed visits from her sister, Shereen Walls King of Atlanta, and her niece, Erin Walls McFall. Erin’s husband Joe and her two children, Jack and Fiona, were frequent visitors. Sandy was also very close to her cousin, Beverly Vincent, a former Columbus resident who now lives in Bay St. Louis, Mississippi. When they both lived in Columbus they could be seen frequently together shopping at discount stores and drinking adult beverages at their favorite Columbus venues.

Sherry, her only sister, remembers Sandy as a free spirit and courageous. Very little could stop her from her mission, Sherry said. Once, as a child, Sandy took it upon herself to evangelize in the neighborhood where they grew up. She went to the door of an eccentric man who lived nearby to tell him how she could help him be saved. When the man arrived at the door naked, it didn’t stop Sandy. “She started in on what she wanted to tell him. It didn’t faze her at all. She was like that. She didn’t scare easily.”

A memorial service and internment for Sandy McConnell near her mother’s grave in New Augusta, Mississippi, will be held at a later date. Georgia Cremation of Duluth, Georgia has information on arrangements (678)584-0914. Messages of condolence may be shared at www.GeorgiaCremation.com.

Prior to her passing, Sandy asked that in lieu of flowers, contributions be made to Animal SOS Foundation, 2429 Norris Rd., Columbus, GA 31907. She wishes to thank Animal SOS for helping her place Bootsy, Lulu and Pepper into new homes when Sandy could no longer care for them. She also is appreciative of the care she received from the Dominican Sisters of Hawthorne and the staff of Our Lady of Perpetual Help. Donations can be made to the OLPH Home, 760 Pollard Blvd., Atlanta, GA. 30315.