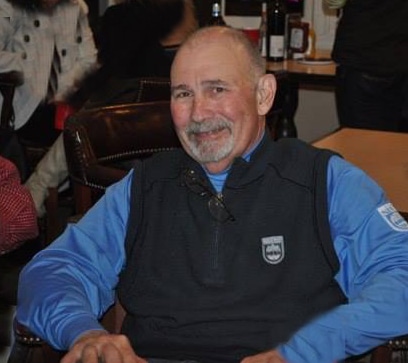 John David “Dave” McElroy of Clayton, North Carolina, died on July 4, 2015 at the age of 65, but his big heart, generosity, and trademark “Bulldoggedness” will not be forgotten.  He was born on March 13, 1950 in Memphis, Tennessee.  He was the oldest son of John Everett “Bart” McElroy and Bettye Corum McElroy, who preceded him in death.  Affectionately known as Main Man or Mac by family and many friends, he was a general contractor by trade, a lover of Broadway musicals, chick flicks, and a connoisseur of most things alcoholic, but his heart belonged to golf and University of Memphis Basketball.  He was an avid golfer.  He loved to play, watch and talk about golf to the sometimes dismay of his wife of 44 years, Sharon L. McElroy.  He despised cucumbers, collard greens, weeds in his yard, close minded loudmouths, rap music, horror movies, rainy Saturday mornings, and any show on TLC.  But Dave had many loves too.  He loved his wife, Sharon, who he married on June 4, 1971.  They met at a YoungLife party in 1967.  She was 15 years old and he was 17.  He always told her she was his soulmate and best friend.  Dave dearly loved his children, Geoffrey “Geoff” David McElroy of Austin, Texas, Kaitlyn “Katie” McElroy Wright and his son in law, Elliot Allen Wright of Oklahoma City, Oklahoma; as well as his brother, Billy Ray McElroy (Becky Hightower McElroy) of Snellville, Georgia; and sister, Paula McElroy Gillilan (Pat Gillilan) of Lawrenceville, Georgia.

He loved Sea Breezes, Bloody Mary’s, Pomegranate Martinis, crab legs, crazy tacos with margaritas, Pinot Grigio, cooking on his Big Green Egg, napping in his recliner, the Tonight Show with Johnny Carson not Jay Leno, David Letterman, Tiger Woods even in disgrace, peanut M&Ms with beer,  all televised golf tournaments, the beach, Hilton Head, the Dirty Dozen, the Beatles and Jackson Browne, Audible books, Les Miz, watching “It’s a Wonderful Life” on Christmas Eve, but he especially loved The United Methodist Church and his church families from Northbrook, Cannon, and Horne.  Dave had a strong faith in which he never waivered;  in God, God’s love for him through His son Jesus Christ, and his salvation through God’s grace. He believed and lived Jeremiah 29:11. Dave loved leading and being involved in The study of the Bible. In 1988 Dave and Sharon were asked to participate in the first year of a new UMC Bible study.  Dave was a facilitator of this study many times over the next 28 years.   Ten years ago he began a men’s Saturday morning Bible study group at Cannon Church in Snellville, GA which is still going strong. At the time of his death he was a member of Horne Memorial UMC in Clayton, NC where he enjoyed his Sunday School class and the United Methodist Men.  He also had strong beliefs and opinions. Every fall he was sure that the Tigers could be contenders for the NCAA championship, that he was a great driver, that steak should be medium rare, Miracle Whip not mayo, bbq should be dry rubbed,  that many life lessons could be learned from playing golf, people should work hard until the job is done, then play just as hard.

Dave was known for his telling and enjoyment of a good story or joke and sometime raunchy sense of humor.  A good time for him consisted of his friends swapping golf tales or work anecdotes over one of his favorite drinks sitting at the 19th hole.  Dave’s love for building and construction began at an early age when he worked part time for his dad as a laborer and carpenters helper at Allen and O’Hara while in high school and college. After completing his degree at Memphis State University, where he was a member of Alpha Tau Omega fraternity, he accepted a a full time job with that same company.  In 1980, Dave began his career with Hardin Construction Company which spanned 22 years. In 2002, he left Hardin and began working for United Forming.  Dave finished his days as a contractor with Engineered Construction.  The one disappointment in Dave’s career was that he never got to build a high rise in New York City.  In September, 2014, Dave was no longer able to work due to complications from treatment for neuroendocrine cancer which was the turning point in his decline.

A heartfelt thanks to many friends all over the country who have called, visited and prayed.  Dave watched a lifetime of kindness on his part be repaid a thousand fold over the last year.  He will be greatly missed by those friends and his family.  There will be a visitation Friday July 17 at 3:00 PM at W.R. Cannon United Methodist 2424 Webb Gin House Rd, Snellville, GA with a Life Celebration Memorial at 4:00 P.M.  A reception will follow immediately. In lieu of flowers please make memorial donations to Cannon Church in Snellville, Ga for support of the Cherub Cottage or Horne Memorial United Methodist Men in Clayton, NC.

He always said he had a wonderful life and he will be greatly missed.