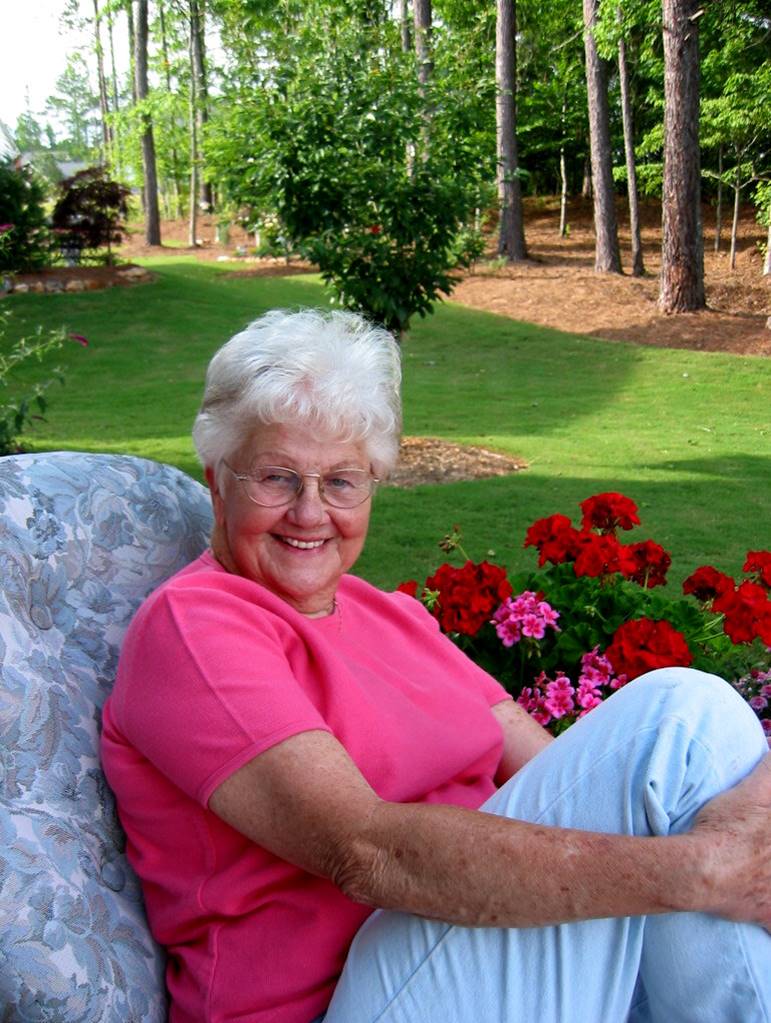 Virginia (Ginny) was born on September 15, 1922 in Twinway, Ohio to her parents, Harvey Deeds and Leora Florence Cox Newcome.  She married Ivan Edwin “Ed” Whitfield McKinley, Jr. in Columbus, Ohio in 1947 and the McKinley’s moved to California where Edwin worked in the manufacturing business with his father and in later life, worked in the investment field.

Virginia and Ed lived an active lifestyle.  In their early years they owned a small horse farm and spent the weekends at horseshows, rodeos and parades.  She was an accomplished horsewoman, golfer, tennis player, and skier.  The McKinley’s spent the summers traveling across the country, Canada, Alaska, Hawaii, Japan and the Far East, but her favorite trip was the one she and Ed took to Europe alone.  Ginny (D.A.R. National No. 624011) was the family genealogist and spent many hours with Ed traveling all over the country from California to Ohio visiting museums, courthouses, cemeteries and knocking on doors of relatives she didn’t even know.  As a result of her ambition, she laid the ground work for a 500 page book of McKinley and Courtright Family History and is resident genealogical libraries in Ohio.  Her documentation of the family history of the Newcome, Poorman, and Cox families of Ohio and Virginia has been included in books.  All these family trees have been accepted as members of the Daughters and Sons of the American Revolution and Pioneers of Fairfield County, Ohio.

Mrs. McKinley will be buried in a private ceremony next to her husband, Ed, in Riverside, California.  A memorial will take place on Monday, March 28, 2016 at 2:00 P.M. at Ivy Hall Assisted Living, 5690 State Bridge Road, Johns Creek, GA.  Friends of the family are welcome to attend and celebrate Mrs. McKinley’s life.  In lieu of flowers, please donate to Atlanta Union Mission, P.O. Box 1807, Atlanta, GA 30301-1807 www.atlantamission.org.  Messages of condolence may be shared by visiting www.GeorgiaCremation.com.  Georgia Cremation 3116 U.S. Highway 23, Duluth, GA 30096 is assisting with local arrangements.