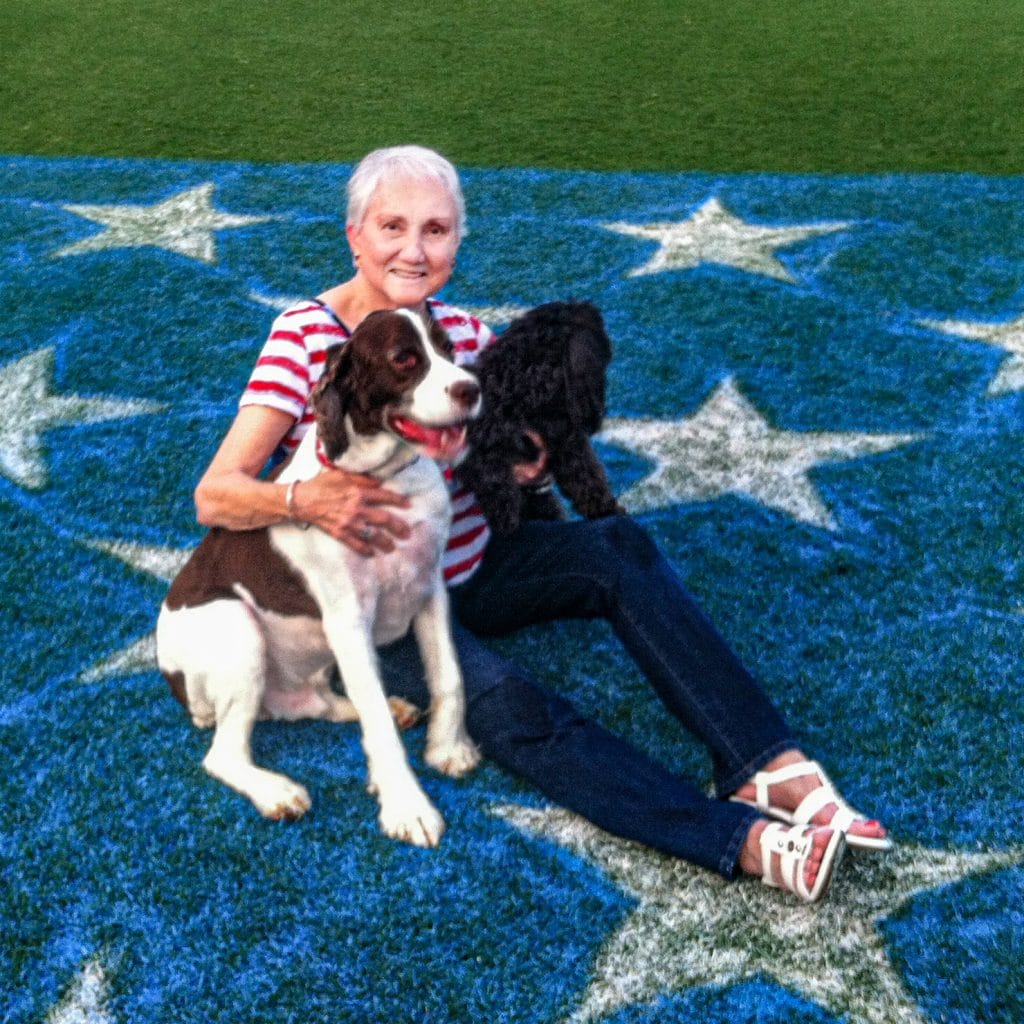 Melba Schwall spent her childhood in Atlanta as the beloved only child of Leslie and Irene Schwall. She took piano and voice lessons throughout her childhood, which began a lifelong love of music. Her talent for singing was so great that as a teenager, she sang “Somewhere Over the Rainbow” on the radio, and later, received a music scholarship to college.

Her life changed in 1954 when she met the boy next door, Sidney Cook, who would become her husband one year later, on the same day as he received his commission for the Air Force. After three years of service, the couple settled down in metro Atlanta and Sid became an airline pilot for Southern Airways.

During their 59 happy years together, they had two children, Pam and Jeff.

Melba used her 83 years on this earth to touch the lives of endless people. She viewed every stranger as a person she just didn’t know yet, and treated everyone she met with acceptance, generosity and love. She was known to leave cards taped to her garbage cans for the sanitation workers, and throughout her life, kept a nightly prayer list many pages long. On it were people as wide-ranging as Ethiopian children attending schools the couple helped fund, those she met through prison ministry and distant cousins she discovered through her extensive study of family history.

For decades, Melba gave piano lessons to children in the neighborhood. In her 50s, she attended Georgia State college and earned the highest GPA ever recorded for a music major.

As a longtime member of Southwest Christian Church, she played the organ during services. With Sid, she led a ministry for divorced and widowed adults. She was a lifelong student of the Lord’s work and participated in Bible study throughout her life.

After Sid retired, the couple moved to Peachtree City, close to their daughter and her three children, and also lived part of the year in Naples, Florida. Melba delighted in hosting her grandchildren at their home, which became known as “Camp Mimi,” after their name for her. Camp Mimi was always filled with pool-time surrounded by her sprawling garden, long golf cart rides and her famous family recipes, among them chicken and dumplings, Caesar salad and pecan pie. Later in life, she gathered these in a recipe book for the family, which is a treasured item for all her children and grandchildren.

Together, Sid and Melba enjoyed traveling and ballroom dancing. They shared a passion for all living things, especially dogs. Melba became a part-time mother to many dogs and loved to inquire about her “grand-doggies.” In her later years, her dog, Choo Choo — named in honor of her daughter’s first words — was a shadow at her side and constant companion. Melba was overjoyed when her grandchildren started having children themselves a few years ago, and five great-grandchildren entered her life — Mia, Grayson, Hunter, Wyatt, and Whitney.

Melba often told her children and grandchildren that their ancestors, especially her parents, of whom she often spoke, were in the room watching over the family. Now, we know she is with them and the love of her life watching over us now, from the gates of heaven. She’ll be visiting that gate often, we don’t doubt, for her prayer list has always been long.

While no memorial service is scheduled at this time, donations in Melba’s honor can be sent to Grace For All Training and Benevolence Center for the Children of Ethiopia, Southwest Christian Church in Newnan or the Atlanta Humane Society.