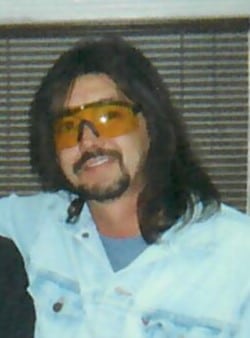 Michael Akridge was born April 22, 1959 in Fort Stewart, Georgia to the later Nellie Marlene Wilkins Akridge and Arthur Akridge, Jr. Michael was very patriotic and was a veteran of the United States Navy. After his military career, he began his life long career in construction. In his younger days, he loved to deer hunt and search for arrowheads. He enjoyed jigsaw puzzles and his home was filled with many of his favorites. He was a country boy at heart but loved to listen to rock and roll or christian music. He was a member of the Addereth Christian Center in Phenix City, Alabama and loved Jesus with all of his heart. He was very charitable and supported numerous charities local and nationally.

Michael Akridge, 60, of Columbus, Georgia passed away Monday, February 10, 2020. He is preceded in death by his parents.
Survivors include his siblings, Barbara (Raymond) Wright of Smiths Station, Alabama, Ruenell Akridge of Newnan, Georgia, Patricia Ann (Bob) Koonce of Columbus, Georgia, Joel Ray Akridge of Columbus, Georgia, Joyce (Tom) Bland of Monroe, Georgia, and Brenda Ludwig of Antioch, Tennessee; and numerous extended family and friends.
A memorial service will be held at 2:00 PM EST on Thursday, February 13, 2020 at The Addereth Christian Center, 1104 US Highway 280 E, Phenix City, Alabama 36867 with Pastor Donnie Clark officiating.
In lieu of flowers, donations can be made to the Addereth Christian Center in memory of Mr. Akridge.
The Akridge family is being assisted by Georgia Cremation, 7500 Veterans Parkway, Suite A, Columbus, Georgia 31909, 706-577-0055. The family invites you to leave a condolence or share a fond memory of Mr. Akridge below.