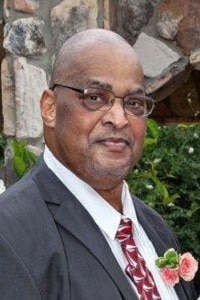 Michael Charles White, Sr. was born July 4, 1963 in Camilla, Georgia to Louise Hawkins White and the late Lilton White. Mr. White grew up in Albany, Georgia having attended Flintside Elementary School, River Road Junior High School, Monroe High School, and graduated from Westover High School. During his high school career, Mr. White excelled in athletics having played football and weightlifted. Despite the numerous athletic scholarships he was offered, he turned them down to follow his heart, which led to his enlistment in the United States Army.

Mr. White was a hard worker and dedicated to whatever task was laid before him. Despite his work ethic, Mr. White did enjoy outside hobbies. In his younger days, playing sports and weightlifting were an everyday affair. During the years, he enjoyed spending time with his family, especially his children and brother, along with his friends. He would take his children fishing, bowling, swimming, and was known to be a force to reckon with on the ping-pong table. In later years, he enjoyed self-education and spending time with his brother/best friend, Jared, catching fish and reminiscing on the good times. He always lived by the motto, “To thy own self be true.”

A Memorial Service will be held 11:00 AM on Thursday, September 7, 2017 at Galilee Baptist Church, 800 Magnolia Ave., Columbus, Georgia with Rev. John H. Ford, Jr. officiating. A graveside committal will be held following the service at 1:00 pm at Ft. Mitchell National Cemetery in Ft. Mitchell, Alabama with full military honors.

The White Family is being assisted by Georgia Cremation, 7500 Veterans Parkway, Suite A, Columbus, Georgia 31909. Condolences may be offered at www.georgiacremation.com.