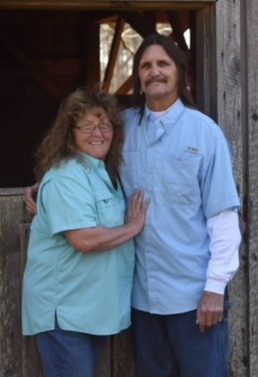 Mike was born on October 19, 1958 in Long Island, NY. In his early childhood his family moved to Wisconsin, then to Palm Beach, FL and they finally settled in Fayetteville in 1969. Mike lived in Fayette County ever since. He attended Fayette County High School and began framing houses at a young age. He became a professional framer, even owning and running a successful framing company, Shamrock Contracting, which he opened in 1985. He had a local impact by framing many homes and neighborhoods in Fayette and Coweta counties.

Mike met his wife-to-be, Denise, in August of 1982. After a whirlwind romance, the two were married on July 14, 1984. The couple had two sons, both of whom made Mike very proud. He was very much a family man and provider. He enjoyed all types of sports and was very athletic. He loved to fish, shoot pool, and was a corn hole champion. Mike loved his wife, sons and grandchildren. He was affectionately known as “Papa Sham” to those who loved him. He will be missed by many friends and family members.

Mike was preceded in death by his parents: William and Kathryn Lee; brothers, Mark Steven Shamrock and Douglas Harold Shamrock. Mike is survived by his loving wife: Denise Shamrock of Senoia; sons and daughters-in-law: Michael David and Erika Shamrock of Brooks, and Thomas Steven and Marianne Shamrock of Senoia; grandchildren: Riley, Bently, Kinsley, and a granddaughter due April 2018, Madison; siblings: Laura Lee Shamrock and her husband Jeff Clifton of Brooks, Mya Lee Carden and her husband Barry Carden of Brooks, and Joseph Francis Shamrock, Jr. of Fayetteville. Mike is also survived by many nieces and nephews.

A Celebration of Life will be held in Mike’s honor at a later date.

The Shamrock family is being assisted by Georgia Cremation, 1086 Hwy 54 West, Fayetteville. Messages of condolence may be left at www.GeorgiaCremation.com.