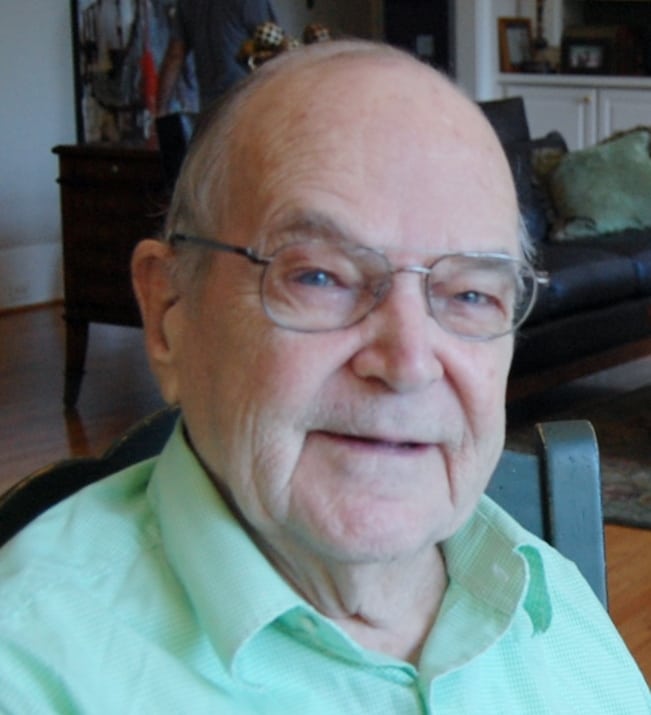 Paul Russell Morrow, age 96, of Duluth, GA passed away on January 27, 2016.  Paul was born July 27, 1919 in Duncannon, PA to Clara Mae Steele Morrow and Edwin Clay Morrow.  His brother, Lee Holman Morrow, and sister, Carolyn Ruth Keck, both preceded him in death.  His wife of over 35 years was Eliza (Lida) Holmes Robinson of Uniontown, PA, with whom he raised two children in Pittsburgh, PA.  Paul was regarded as an accomplished professional in the steel industry.  During his 30+ year career with United States Steel, he rose to Division Superintendent of the Open Hearth at Homestead Works, one of the largest steel plants in the country.  After retiring to The Landings in Savannah, GA in 1984, Paul stayed involved with the steel business.  He ran Mortech Marketing, a consulting and raw materials brokerage business serving the steel and fertilizer industries, which kept him busy for the next 25 years.  After Lida’s death in 1986, Paul was married to Louise Easley Edmunds Morrow (now deceased) for several years.  Most of Paul’s later years were spent with Helen Sutphen Sieber, his best friend and companion.  Paul moved to Atlanta in 2000, where he was lovingly cared for by his daughter, Melissa.

Services will be at Simpsonwood United Methodist Church in Peachtree Corners, GA at 2:30 P.M. on Saturday, February 20, 2016  www.simpsonwoodumc.org.  Burial will be in Pittsburgh in May.  Memorial contributions may be made to Bethesda Academy in Savannah, GA www.bethesdaacademy.org.  Remembraces may be left at www.GeorgiaCremation.com.  The family is being assisted locally by Georgia Cremation 3116 U.S. Highway 23 (Buford Hwy), Duluth, GA 30096 (678)584-0914.