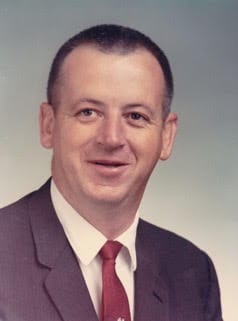 James Nelson Osborne, 89, of Johns Creek, Ga., went home to be with his Lord and Savior Jesus Christ on July 26, 2015 surrounded by his loving family and friends.

Nelson was born in Franklin Township, Ohio, and raised in Kent, Ohio.  He was the son of Helena Cady Osborne and James Glenn Osborne.  Nelson graduated from Duke University in Durham, N.C., with a degree in civil engineering in 1950.  Nelson and Diane met and fell in love as students while there and married in the beautiful Duke Chapel the day after graduation.  They were married for 65 years.

A Navy veteran of World War II, Nelson worked as a civil engineer in the same Atlanta firm for 45 years, first known as MacDougald Construction Company, and later as APAC-GA.  For many of these years, he served as a vice president. They built many miles of Atlanta’s interstates including parts of I-75, I-85, I-285 and Ga. 400. Additionally he served as scout leader in the Boy Scouts in Ohio, at Peachtree Presbyterian Church in Atlanta, Ga., North Decatur Presbyterian Church in Decatur, Ga., and at St. Martin’s Episcopal Church in Atlanta. Ga.  Nelson was active in elementary and high school PTAs and served on the Parent’s Committee at the Georgia Institute of Technology.  He served for several years as the Georgia district representative of the United States Cycling Federation.  Nelson and Diane were members of Mount Paran Church of God, Atlanta, Ga., for many years.

There will be a memorial service at Lilburn Alliance Church, 5915 Lawrenceville Hwy., Tucker, Ga. 30084 on Saturday, August 8, 2015 at 1 PM with reception following.   A private family graveside service at Elmhurst Cemetery in Elberton, Ga., will be held on Sunday afternoon, August 9.  In lieu of flowers, the family has requested that gifts be made to woundedwarriorproject.org.