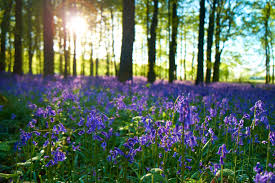 Ms. Parris was born on June 2, 1957 in Dunn, NC to Shurrell and Marjorie West. She grew up in Atlanta alongside her 5 brothers and sisters. Ms. Parris has been a resident of Sharpsburg since 1999. She had a successful life-long career as an accountant and office manager. She enjoyed making crafts, deep sea fishing and spending time with family and friends. Ms. Parris was a wonderful mother and sister. She loved her grandbabies and will be remembered as “the best Mimi in the world.”

Ms. Parris was preceded in death by her mother, Marjorie West. She is survived by her father: Shurrell West and his wife Janet of Sharpsburg; daughter and son-in-law: Jamie and Jessie Barnes of Jefferson; grandchildren: Tyler, Taylor and Tucker; siblings and their spouses: Carol “Punk” and Mike Benton of Sharpsburg, Wayne and Sylvia West of Sharpsburg, Cyndi and Ronnie Walker of Jonesboro, Kenny and Donna West of Senoia, Tim and Tammy Goodman of Sharpsburg; beloved pet dog of 14 years: Callie.

A Celebration of Life will be held in Ms. Parris’ honor at a later date.

The Parris family is being assisted by Georgia Cremation, 1086 Highway 54 West, Fayetteville.