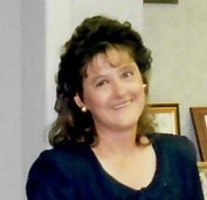 Patricia G. Reynolds was born June 9, 1954 in Columbus, Georgia. She was one of twelve children of the late Inez Scott George and Robert F. George, Sr. In her younger days, Ms. Reynolds was known to be a spit fire tom and her favorite cartoon being the Tasmanian Devil, which fit her personality well. She enjoyed watching sports including baseball, football, and wresting. She was a devoted fan of Auburn University Athletics. She was very devoted to her family, having raised her children as a single parent and working full time as a weaver with Southern Phenix. Her children and grandchildren were her greatest joys. She was always a very dedicated employee in every occupation she ever held. Animals held a special place in her heart over the years. She enjoyed raising dogs and cats and at one point, she had a pet monkey.

A memorial service will be held 2:00 pm on Saturday, November 18, 2017 in the Chapel of Cox Funeral Home, 240 Walton Street, Hamilton, Georgia 31811 with Chaplain Allison Owen officiating. The family will receive friends at the funeral home from 1:00 pm until the funeral hour.

In lieu of flowers, memorial donations may be made to Columbus Hospice, 7020 Moon Road, Columbus, Georgia 31909 or by visiting https://www.columbushospice.com/donate.

The Family of Ms. Patricia Reynolds would like to thank the entire staff of Columbus Hospice for the compassionate care and support shown to Ms. Reynolds and her loved one during this difficult time.

The Family is being assisted by Georgia Cremation, 7500 Veterans Parkway, Suite A, Columbus, Georgia 31909, 706-577-0055. Condolences may be offered at www.georgiacremation.com.